2008 Calling: Comparing the Great Recession to the Pandemic Economy 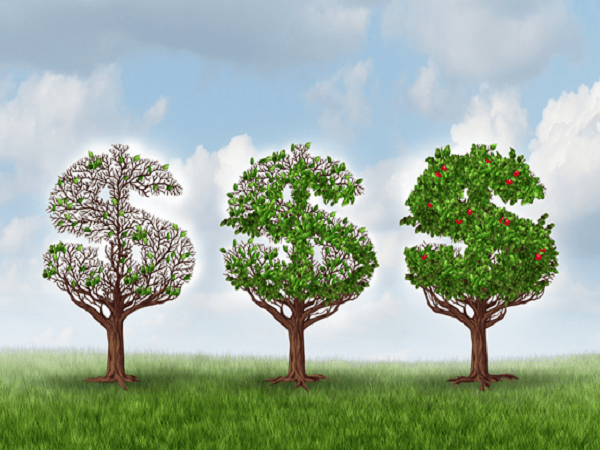 On June 9, 2020, Dr. Anthony Fauci, director of the National Institute of Allergy and Infectious Diseases, sat down with a group of biotech executives as part of a conference held by BIO, the Biotechnology Innovation Organization. He described the way the novel coronavirus outbreak has unfolded as his "worst nightmare." A disease that spreads efficiently can go around the world in about six months to a year, but this new disease "took about a month." "And," Fauci warned, "it isn’t over yet."

The coronavirus and its associated disease, COVID-19, has killed well over 100,000 people in the United States. Economies here and elsewhere have taken a huge blow. It remains to be seen how long the economic downturn will last.

In late 2007 and early 2008, the U.S. saw the start of a less deadly global event, but one that also carried with it harsh and long-lasting economic consequences. The machinations around subprime mortgages and collateralized debt obligations may not be as immediately graspable to the wider population as the effects of a highly contagious virus, but the aftereffects of that earlier market collapse were very real and tangible.What sort of lessons can nonprofits learn from the "Great Recession" and its recovery that we can apply to the current economic situation?

First, let's compare the two situations. During the Great Recession, the market hit its lowest point in March 2009 and struggled for a couple more months. Beginning in June 2009, the country began a long and steady recovery, with economic expansion running for 128 months. So the market was in turmoil for about a year and a half before a lengthy rebound.

Our recent economic difficulties hit hard and fast, with unemployment claims skyrocketing the week of March 21. Claims continued to climb for the rest of the month before the numbers started slowly decreasing at the start of April. The sudden nature of the job losses due to coronavirus-related closures have led some experts and officials, notably advisors to the President and the President himself, to claim that we will experience a V-shaped recovery, a rapid return to normal after the sharp downturn.

However, we don't have all the tools to help spur a recovery that were available to us during the Great Recession. The Federal Funds Rate was at 5.25% in September 2007, just before the start of the collapse. The rate was progressively lowered to combat the recession before bottoming out at its lowest in December 2008, where it stayed through 2015. With the economy doing well, it was gradually increased, until President Trump issued demands to the normally independent Federal Reserve that the rate be lowered, an odd move during a robust economy. As it became apparent that the coronavirus would have calamitous effects on the economy, the Fed dropped the rate to 0% on March 15, 2020, but it was only decreasing it from 1.25%. The effect from the cut was minimal. The Fed said it is expecting to keep the rate that low for at least the next couple of years.

Similarly, governments have traditionally combated recessions by offering tax cuts. However, due to the tax legislation passed early in President Trump's tenure, tax rates are already low. It would be difficult to offer stimulus through additional tax cuts while also keeping needed services funded.

Thus far, the economy has been kept afloat through a massive government stimulus. The government has spent $2.4 trillion to mitigate an economic catastrophe. Compare that to the American Recovery and Reinvestment Act of 2009, which provided about $800 billion to aid our country's recovery. The current stimulus has included the Paycheck Protection Program, the one-time checks of $1,200, and increased unemployment payments. The unemployment support is set to expire at the end of July 2020. As the summer progresses, we'll get a better idea of how similar to the Great Recession this recession will be.

In March, Nonprofit Quarterly took a look back at the data from the Great Recession and how it affected different types of nonprofit organizations. Here are some of their findings:

The current situation will likely differ greatly on that first point. The pandemic has shuttered many academic campuses. Many schools are unsure if they will reopen in the fall, and a lack of in-person classes may result in the loss of some students and the associated revenue. Similarly, many hospitals closed their doors to elective procedures and other non-emergency visits, resulting in lost dollars. For these types of organizations, this recession may be much more difficult than the last.

On the second point, we will likely see a similar trend this time around. In times of crisis, people tend to donate to organizations providing essential services. However, human services organizations should not expect any elevated donations to continue indefinitely. As we saw during the Great Recession, these donations should return to a baseline when people feel the economy is starting to right itself.

The third point should also apply to the current situation. Through ups and downs, the overall number of nonprofit organizations in the U.S. has been remarkably stable. As the old saying goes, when one falls, another rises.

Now let's take a look at grantmaking. Foundations' assets took a huge hit in 2008, which led to a decrease in grantmaking in 2009. While the investments started to bounce back in 2009, grantmaking stayed level in 2010 before increasing steadily thereafter.

However, while the stock market took a huge hit when the novel coronavirus was initially creating havoc across the world, it stabilized relatively fast. The market is now near where it was before the pandemic. As has been often said, the market is not the economy. But in the nonprofit sector, it is directly related to the availability of grant dollars. While grantmaking institutions recently took a temporary hit to their endowments, we likely won't see such a widespread decrease as we did in 2009. Recent findings give an early indication that that will be the case. The Chronicle on Philanthropy reported in early June that 31% of nonprofit CEOs said that they have taken in more grants than usual during the pandemic. Additionally, 39% said their grants have held steady, with 30% reporting a decrease.

However, direct support from donors declined. And, of course, support from fees for services, ticket sales, and activities of that nature also declined, as many nonprofits weren't able to provide live events or services while states closed down due to the virus.

Another large factor behind a current recovery will be what happens at the governmental level (PDF). In 2009, state government funding to nonprofits dropped 5%, and it dropped another 4% in 2010. Today, state governments are hurting, as many spent great deals of money to address the fallout of the pandemic, including increased unemployment payments and other measures to help people. In addition, tax revenues took a hit due to decreased spending and more people out of work. The effect will likely be similar to the Great Recession. Nonprofits that rely heavily on state funding may need to shift their grantseeking strategies elsewhere.

Federal funding will likely see a similar effect. Like the states, federal tax revenue will be decreased due to job and business losses. Congress, particularly the Senate, also appears fairly resistant at the moment to offering additional stimulus funding. Organizations shouldn't hold out hope for much additional federal help moving forward. On May 14, 2020, the Council on Foundations sent a letter to Congressional leaders with specific policy requests to help the philanthropic and nonprofit community. But without a deepening of the crisis, there is a strong possibility Congress will fail to act.

Given this outlook, how should nonprofits seek to replace government funding and other lost funding sources? A study (PDF) at Johns Hopkins in 2009 looked at some of the methods nonprofits used to try to recover lost funding (including the percentage of organizations invoking that strategy):

These are still good suggestions a decade later (aside, perhaps, from a reliance on government funding). To stay afloat, many organizations will have to try multiple methods to gain back any lost funding. In the wake of the pandemic, funders are increasingly offering operating support; if an organization can acquire this type of funding, it can work to build up its grantseeking capacity. As GrantStation's State of Grantseeking has shown year after year, additional grant applications show a very linear increase in the chances of gaining funding. While an organization might feel it has more immediate concerns, now is a good time to build strength for the future.

One upside this time around is that recovering lapsed donors might be easier. For individuals who were able to keep their jobs during the pandemic, the stimulus payment was an extra boost. In addition, many households have spent far less while many businesses have been temporarily shuttered. Coupled with the increased unemployment benefits, U.S. households have actually increased their savings during the pandemic. Hopefully, when households feel that a sense of stability has returned, those saved dollars will translate into donations.

During both the Great Recession and the COVID-19 pandemic, people were in need and nonprofits stepped up to help. In fact, nonprofit employment and the number of organizations increased every year during the Great Recession. While that data isn't much of a consolation if your organization goes under or you personally lose your job, the field itself has been shown to be very durable. The helpers will endure. As with the Great Recession, we can make it through this current crisis, together.