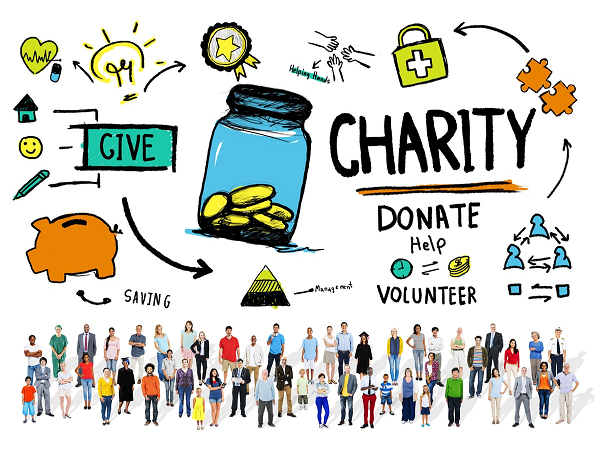 Last month, Giving USA released its report on charitable giving in the United States, Giving USA 2019: The Annual Report on Philanthropy for the Year 2018. The report was researched and written by the Indiana University Lilly Family School of Philanthropy.

The slight decrease in giving from the previous year should not be surprising, as many people predicted it would be a likely result of the recent tax legislation. Some donors increased their giving at the end of 2017 to take advantage of the previous legislation, which led to less money to give in 2018. In addition, the adjustment in the standard deduction in 2018 may have discouraged some giving. While 45 million household itemized deductions in 2016, it's estimated that only 16 to 20 million itemized in 2018. That's a huge chunk of the population that has lost a tax incentive to donate.

And while the stock market was healthy overall throughout 2018, fluctuations near the end of the year may have scared off some donors who were waiting for the holiday season to make their donations.

Specific fields that saw decreased giving include religion, education, human services, and giving to foundations and public society benefit organizations. Health as well as arts, culture, and humanities saw small increases in nominal dollars which translated to a slight decrease when adjusted for inflation.

Giving increased for international affairs and environment and animal organizations.

Nonprofit Quarterly points out one concerning trend: "While the number of households giving is decreasing, the proportion of money given through mega-gifts against overall giving is increasing. In other words, fewer households of moderate means are giving at all while more of the money being given comes from those who are extremely well off." For smaller nonprofits without connections to wealthy donors, the quest for donations may continue to get more difficult. The wealth gap we're seeing in the general population could be mirrored in the philanthropy field.

In addition, nonprofits are having trouble retaining donors. With a smaller field of donors from which to draw, nonprofits will have to work even harder at finding new donors and keeping those they currently have.

We are past the halfway point of the current year, but it remains to be seen which of 2018's oddities will remain relevant. How will further familiarity with the tax legislation affect giving this year? Has the increase in the standard deduction permanently scared off some potential donors? Last year's final-hour stock market turmoil affected holiday giving. There's a good chance that won't happen the same way again, but has unpredictability become the new normal? How will that level of uncertainty affect donations?

Almost a third of annual giving happens in December, with 12% occurring in just the last three days of the year. Given the unpredictability of the past year, your organization should start planning now for your year-end push for donations. Think about starting early to catch some donors before they consider other charities. And start planning for next year. A well thought-out plan can help take the sting out of any turmoil that might arise.

You will also need to be creative in finding ways to keep your current donors and to find new ones. Think outside the box when it comes to recognizing your donors. While their name mentioned in an email might be nice, it's not particularly unique. Also try to apply that same creativity when reaching out to new donors. You need to find a way to stand out from the other organizations competing for those same donation dollars.

The donor landscape is changing, and your approaches need to adapt, as well. By doing your best to prepare for uncertainty, you can help ensure that your organization, and the good work it provides, can weather any coming storm.