Becoming "The Next Shiny Thing" - Part 1

Underwriting the Success of Your Fundraising Campaign 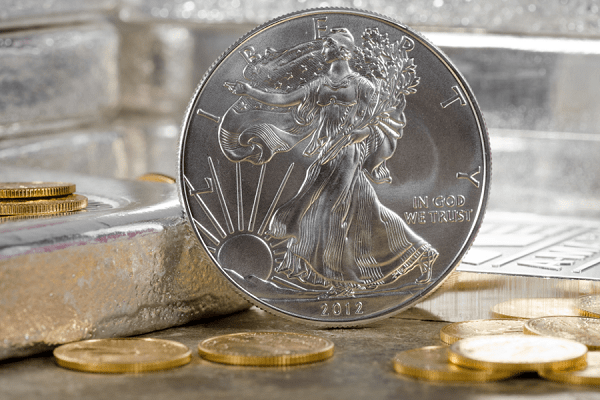 It’s official. Your charity’s leadership will soon vote on an ambitious new fundraising campaign that will energize your donor base and position the organization for the future.

Guess what? They are looking at you to “get ‘er done.”

Since it’s your job and your reputation on the line, you’ll need to determine—with as much precision as possible—whether the ideas outlined in the campaign hold any prospect of success. If they do, then you’ll want to provide leadership with a preliminary plan to produce that success.

A very wise person once said to me, “Donors are looking for the next shiny thing.” The message was crystal clear: If your project isn’t engaging, easy to understand, and tailored to current interests, then—chances are—donors aren’t going to support it.

There is one iron-rule about donor motivation that I apply to every project. And it’s this: The vast majority of donors are looking to fund new projects and programs, or successful and established projects and programs that are being expanded to reach more people in need.

It’s also important to know that the majority of donors, particularly new prospects, don’t want to fund “business as usual.” In short, they’re looking for you to put something new and interesting in front of them.

It’s really that simple. Deviate from the formula and your campaign is at risk of falling flat. Here’s a story I like to tell clients about the importance of getting their campaign positioning and messaging right.

I was working with a nonprofit that was building a brand new facility. Although the organization did great work and was growing rapidly, they were saddled with a lot of debt as a result of the building project and other recent infrastructure development projects.

One of the members of our Campaign Committee was the organization’s Vice President of Finance. After several weeks of discussion, I watched in disbelief as the messaging of the campaign morphed from the construction of a gleaming new building (which promised clients new equipment and space for emerging programs), to an exercise in mid-term debt relief.

No kidding. It came as little surprise to me when we struggled, not only to get our message across, but to ultimately convince the majority of prospective contributors that debt relief was an exercise worth supporting.

The campaign still did pretty well in the end. But, as I told the CEO, it would have done a heck of a lot better if we’d stopped looking at it from the bean counter’s perspective.

One thing I’ve noticed over the years is that all charities believe their work is inherently important and needed in the community. They also tend to accept that their programs are “best in class” and have high-impact on the target audience.

Problems arise when donor actions fail to align with these closely-held presumptions.

Chalk it up to human nature. If we didn’t think like that it would be super hard for us to get out of bed every morning. But these psychological blinders prevent us from seeing the objective reality of the situation (i.e. that our project and program ideas are—just maybe—a bit stale and in-need some polish before they can capture the imagination of the modern donor).

I named my consulting firm 5W because I felt that many organizations did not ask the basic questions about their organization and their project before trying to convince their Board (or their donors) to endorse a campaign.

Of course (and perhaps most importantly) we also have to ask: “How are we going to get at their money?”

Poking holes in a campaign before it’s about to go for a vote may not be popular with finance managers, project leaders, or even your boss. But they don’t keep fundraisers around to be cheerleaders.

It’s our responsibility as fundraisers to determine the outlines of the campaign, conduct a preliminary analysis, acquire relevant data, and put objective recommendations on the table so others can a make an educated decision.

Carrying out a Campaign Analysis is an effective way to underwrite the success of your next fundraising effort. Not only will it give your decision makers better clarity, it will help you get some of the most important and time-intensive deliverables (i.e. assembling a Campaign Committee or creating a winning cultivation event) moving forward.

In addition to laying the foundation for your campaign, a simple Campaign Analysis can also be very useful for obtaining stakeholder buy-in, or (alternately) convincing your leadership that the entire undertaking is just a really bad idea.

I developed a three-step Campaign Analysis that helps me determine whether a prospective client’s project ideas can be shaped into a cohesive and successful fundraising campaign.

In practice, the process functions a bit like a stripped-down Feasibility Study and Campaign Plan. Depending on your needs, you can leverage the understanding acquired from the Campaign Analysis to move quickly to the development of either—or both—of those documents.

Step 1: Determine the scope of funding available to your campaign.

Let’s discuss this subject in plain language, shall we? If your leadership is telling you they want you to raise $10,000,000, but your last two campaigns brought in a total of $250,000, then it’s time to start speaking in “hard truths.”

Don’t get me wrong. I’m all for pushing the envelope. But charities cannot set a realistic and achievable campaign goal until they first understand where they’ve been before and how much money is out there today.

The process begins with an examination of your previous fundraising track record across the entire donor chain (corporations, foundations, individuals, service clubs, business partners, government, etc.). Here are a few simple questions I use to guide my thinking:

Use your Customer Relationship Management system to determine where your money typically comes from and whether your donor base is large enough to achieve campaign objectives.

This research will also demonstrate patterns of giving within your organization that help you target those ‘donor pools’ that promise the biggest return on investment.

Creating a Donor Pyramid will enable you to accurately define the number of gifts you’ll need at each level of contribution. I find that the Donor Pyramid is even more helpful in defining the ratio of prospects you’ll need to grind through before you can attain your objectives.

Once you understand how many ‘asks’ you’ll need to make to secure a single donation, then you can begin to determine whether there are sufficient donors out there to support the campaign.

Step 2: Identify a short-list of eligible prospects and funding programs.

I was working with an organization whose traditional donor base was aging rapidly. Worse still, the fundraising methods they’d relied on for many years just weren’t producing the same kinds of results.

The organization was still doing great work. But their brand—and their fundraising—had become stale and out of date. To their credit, senior leadership saw the writing on the wall and invested in new people and new methods to turn things around.

That charity’s predicament underlined to me the hazards of relying on the same people—and the same ways of giving—year after year (after year). Start hunting for those new donors (whether they’re individuals, corporations, or foundations) as soon as possible.

Like most charities, the best ones will be located in a 50-mile radius of your organization and your project. After I’ve looked closely at the local givers, I move out in concentric circles to take in regional, state, and national markets.

When I see a prospect that demonstrates an alignment of interests, I dump it in my preliminary Campaign Pipeline with some key supporting information. I also try to make an initial estimate of the amount we might raise from each prospect to support our Donor Pyramid.

You’d be surprised how quickly you can generate a short-list of solid prospects made up of existing and new donors for your leadership team to review.

Now is also a good time to start thinking about other prospect pools and methods of fundraising you can use to buttress your outreach. Think about launching sub-campaigns to reach extended family, suppliers, and/or long-term business partners.

What new techniques and new methods of engagement can you leverage for your campaign? Although event-based fundraising has taken a real hit in an era of increasing electronic isolation, well-positioned, signature-type events are great ways to connect with and influence prospects.

By reaching beyond your core donors and traditional fundraising methods, you’ll show long-time givers—and all those other potential contributors—that you’re doing everything you can to spread the burden around.

Jason Rodham is a fundraising consultant who has worked with more than 100 charities, nonprofits, and social ventures across the United States and Canada. As both a consultant and in-house major gifts officer, he has raised more than $27 million in new funding from foundations, corporations, individuals, and government.

Jason has significant hands-on experience in all aspects of fund development, including campaign management, prospect identification, grantwriting, and donor relationship development. He has worked with organizations from every sector of the nonprofit marketplace, including major hospitals, national/local arts organizations, world-class conservation organizations, community-based social services agencies, and more.

Prior to entering the charitable sector, Jason spent a decade as a corporate speech writer, public relations specialist, and journalist.

You can learn more about his work at: www.5wfundraising.com.