Expectations Versus Reality in Applying for Grants 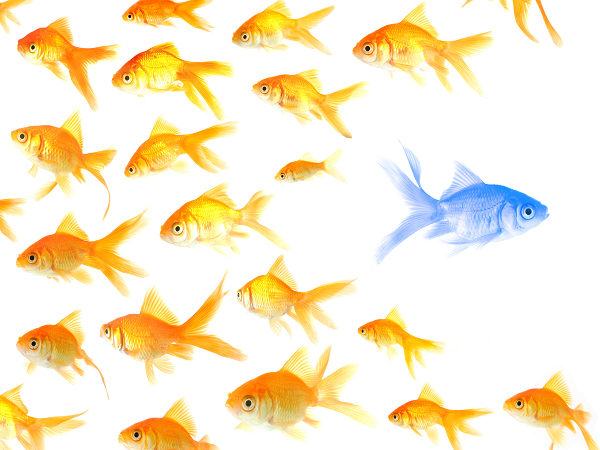 Here's a quote that may sound familiar to grantseekers out there: “The process of getting funded was harder than I ever thought it would be.”

Those words represent a prevailing sentiment in the grants field. While nonprofits and funders are in a broad sense symbiotic, their interests and procedures don't always perfectly align. Approximately 59% of grant applications are ultimately unsuccessful. Viewing the process from a wider perspective can help fuel successful efforts, and reduce the disappointment from refusals.

“I can honestly say this is the most bureaucratic funder I've ever encountered.”

As outsiders looking in, grantseekers can only speculate why funding machinery moves slowly. According to Grantcraft.org's “Practical Wisdom for Grantmakers,” while some slowness is the result of excessive bureaucracy or structural problems within granting organizations, sometimes delays are also due to indecision, or reluctance to deliver bad news. The report paints a picture of grant proposals languishing on a director's desk because they don't know what to do about it.

Funders aren't generally built to interact as if grantseekers are clients. Funders' internal structures are set up so that money flows accountably, which leads to slower timelines than many grantseekers find comfortable or can endure. This is true of most organizations that disburse money. Their main concerns are that cash is carefully tracked, and that it is used for internally agreed upon ends. The larger the funder the more complex its inner workings may be.

“The application process took almost a year and we still didn't get funded.”

Occasionally grant applications are more involved than funders understand or intend. According to the The Good Exchange's “Technology in the Charitable Sector,” published in early 2019, applicant organizations spend on average 264 hours per year applying for funding, which equals about 38 working days. But funders, when asked to assess their own applications, believed the process took 25% less time to complete than grantseekers reported.

GrantStation's 2018 “The State of Grantseeking Survey” contains illuminating responses from thousands of nonprofits concerning the inner workings of applying for funds, and gives an indication of the time it takes to receive a grant decision. Asked to select one of six categories ranging from “less than a month” to “over a year” to receive a final grant decision, more than 60% of respondents chose either “1- 3 months,” or “4 - 6 months.”

However, a significant portion of respondents—almost 14%—said the process from proposal to decision took “10 - 12 months.” And nearly 10% said the process took more than a year, which means that the experience referenced in the above quote is the norm for one in four grantseekers. Speedy decisions are rare. Only about 4% of respondents reported that funds came through in less than a month.

To get a slightly different picture of the time expended seeking funds, consider the subject from another angle. “The State of Grantseeking Survey” also asked organizations how many grants they applied for in 2018. For about 20% of respondents the answer was between three and five. But an even greater percentage (24%) applied for more than thirty grants. It's no wonder grantseekers agree (87% according to “Technology in the Charitable Sector”) that application procedures should be streamlined.

And indeed there are examples of funders streamlining procedures to the benefit of all involved. When Thierry Damerval took over the helm of the French National Research Agency he reduced 250 pages of action plans, application forms, and background documents by almost two thirds, and at the same time streamlined financial processes. As a result, the rate of successful applications rose.

“When we had such a positive site visit we assumed we'd get funded but it didn't happen.”

Grantseekers' expectations can be unintentionally raised during site visits. Funder representatives making site visits may sometimes unthinkingly allow professional interactions to slip into personal mode by default. By establishing a rapport, they accidentally create false hopes. Complimentary comments can be interpreted as hinting at or leading toward approval.

The longer a site visit lasts the more likely this is to happen. But often the person conducting the visit doesn't have the authority to approve a proposal. This is an area in which both sides should be cautious. Some funders limit or ban site visits to avoid issues, but grantseekers have a responsibility too, and should consider visits to be nothing more than part of the normal vetting process, no matter how successful a visit may seem to have been.

“Don't waste your time applying unless you have a connection with someone at the foundation.”

The merits of a grantseeker's work count greatly when it comes to securing funding, but sometimes relationships matter just as much. This is especially true when dealing with corporate foundations. Often a nonprofit's network will already intersect with a funder's, for example through a previous or current funder. But if no such connection exists, a relationship can be frustratingly slow to build, possibly taking years. In some cases, nonprofits have offered board positions to high ranking members of funding organizations, and in turn had these people advocate for grants.

Such considerations are light years away from mission-driven activities that actually help people or communities in need, but they are an integral part of the charitable giving landscape. Most U.S. charitable foundations do not accept unsolicited grant proposals. Of that group, some periodically publish requests for proposals or permit contact via other means, but many foundations do not have open lines of communication at all.

From the outside this can seem cruelly exclusionary, but some funders feel this is the most efficient way to weed out all but the best or most trusted programs. At the same time, foundation staff and board members generally understand that new grantseekers will make contact anyway, whether by turning up at the same events or conferences, asking a familiar face to make an approach, or some other method.

Ultimately, foundations don't feel they are limiting themselves by keeping their application processes closed, because at year's end the funds they offer will still end up in the hands of nonprofits that need them. And that's a key point for grantseekers to remember when their efforts bear no fruit and impatience or malaise threatens to set in. The money they didn't receive still went somewhere it was needed.

“We were happy to get the grant, but in the end we had little control over how the money was used.”

Some donors fall into the habit of thinking of nonprofits as vehicles rather than collaborators. Due to changes in the grantmaking landscape, the final say on how funding is used is increasingly in the hands of those supplying the cash. This can obviously cause problems, not least because nonprofits generally have more on-the-ground expertise than donors. In the case of social services, civic affairs, disaster relief, and more, top-down organizations such as large foundations can be culturally ill-equipped to understand realities in communities where their aid goes.

Because so many nonprofits need funding, they’ll go to great lengths to get it, including trying to work with foundations that aren't a good match, pretending to have less expertise than funders in order to make scoring a grant easier, and providing programs or services outside the nonprofit's normal scope. These are all less than ideal approaches, yet when nonprofits stand firm against intrusion on their missions by funders they risk losing out on cash.

But nonprofits should also note that it isn't just rich donors seeking more control. Surveys indicate that 35% of all Americans distrust charities to varying degrees. Some of this is driven by partisan politics, but even so the growth of donor influence on giving is more complex than the narrative of powerful people taking over the field. Millennials increasingly have the same concerns about their giving, and have been turning to technology like blockchain or transparent charity apps that promise greater accountability. This isn't quite the same as a foundation strong-arming a nonprofit, but it still represents an impulse toward greater control.

Everyone knows trying to win support from funders isn't easy, and the rejections can seem arbitrary or unfair. For funders, saying no to worthy nonprofits isn't easy either. When grantseeker expectations don't match funder reality, at a minimum it can lead to disappointment, and at worst create resentment. But both sides are trying to do what they consider to be important work. Mutual understanding can help bring it closer to fruition.