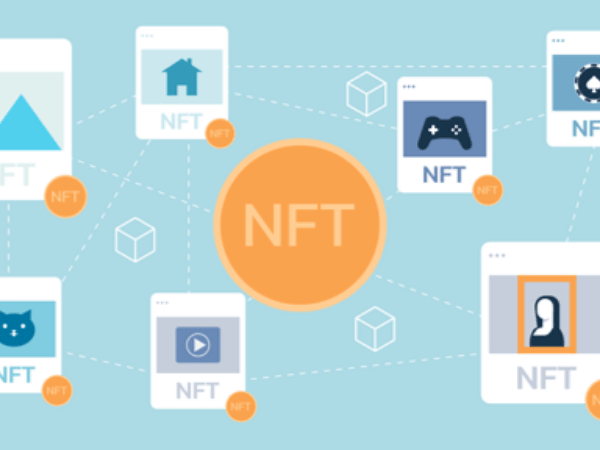 Is it trite at this point to say that digital technology has turned everything upside down? Not just in terms of the economic shift that has seen tech companies amass immeasurable wealth and power while laying waste to entire segments of the traditional economy, but also in terms of existential questions such as what constitutes value. Many nonprofits, looking to utilize every possible method of revenue generation, have begun accepting cryptocurrency. The American Red Cross began doing so in 2014. Now, over the last six months or so, the conversation about digital assets is increasingly focused on non-fungible tokens. Because everything needs a handy acronym, these are better known as NFTs. A select few nonprofits are now looking at NFTs as a medium of fundraising.

Online explanations of NFTs can be unsatisfying, but the concept isn't really that strange. Non-fungible basically means unique and non-interchangeable, but it's better to focus on the “fungible” aspect. A dollar bill is fungible. It's tradable and duplicable. You use one and it's gone, but the other ones in your pocket can be used in the exact way as the one you spent, and they all have identical value. Similarly, cryptocurrencies are fungible. A bitcoin is identical to every other bitcoin in usability and value. An ethereum is likewise identical to every other ethereum. Bitcoins and etherea are different from each other in the same way as euros and yen, but they're all identical in usability and value within their discrete monetary cultures. NFTs are the opposite. They're unique and non-duplicable digital items, impossible to counterfeit thanks to a secure digital ledger known as a blockchain.

This may seem like a strange comparison, but the quantum leap taking place is similar in substance to that which took place with the advent of photography. Photos made it possible to print numerous identical copies of the same image, yet the value of any piece remained with the original—whether a sculpture, a painting, a drawing, or a photo negative. People might pay something for a photo, but a serious art collector would pay considerably more to own the original painting, drawing, or negative. Those have value even when thousands or millions of copies are in circulation. A non-fungible token is nothing more than the digital equivalent of a negative. Duplicates of the token exist, but the value exists in the original.

This is where many are driven to start asking those existential questions referred to above. The NFT has value, but why? It's still just a piece of digital information. Where does the value come from? And the answer is that a photo negative is still just a piece of celluloid. Its value derives from, first, the societal agreement that an original item has higher value than its reproductions, and second, the willingness of people to pay for ownership of those original items. The two ideas reinforce each other. Everyone agrees that the copy is worth less than the original, and because of the total societal agreement on that point, the original is worth owning.

This idea of societal agreement is key. With digital currencies and NFTs we are all living through the possible establishment of a new societal agreement on whether these items that are physically nonexistent can have value. Way back in the unrecorded past, people may have asked about the paper currency that fuels our economies: “Why would I accept these inedible pieces of paper instead of a chicken for the bushels of corn I harvested?” People who are baffled by digital currencies are essentially asking that same question. Trading corn for a chicken makes sense. Trading corn for paper to use to buy a chicken doesn't. Yet the system flourished, and many are betting systems of digital currency will too if given a chance to thrive.

Nonprofits looking at NFTs as a form of revenue generation are placing themselves at the forefront of a possible shift in what constitutes value. Will the agreement that NFTs have value hold? Maybe not. But nonprofit leaders who are exploring the technology are making a bet—or more accurately, hedging their bets, since they won't stop dealing in trusted methods of revenue generation—that working with NFTs will expand their fundraising options. Since NFTs have sold for up to $69 million, it isn't such an outlandish wager. Just weeks ago, British computer scientist Tim Berners-Lee, whose work was instrumental in building the Internet, auctioned an NFT of the original Internet source code for $5.3 million, with the proceeds going to initiatives Berners-Lee and his wife support.

NFTs have made an impact on the charitable giving sector on a much smaller scale as well. Media star Ellen DeGeneres sold an NFT and raised $33,495 for the nonprofit World Central Kitchen. Soccer icon Pelé donated 90% of the profits from an auction of NFT trading cards to his eponymous Pelé Foundation. And a project called NFT4Good sold Asian celebrity NFT trading cards for $88 each, raising $80,000 for #HateIsAVirus, an Asian American and Pacific Islander oriented anti-racism nonprofit.

It may seem as if nonprofits are limited to dealing in NFTs linked to celebrities, but that isn't true. Proctor & Gamble, which manufactures Charmin, is selling NFTs of toilet paper-inspired art nicknamed (don't laugh) NFTPs to raise money for the charity Direct Relief. In another example, Gannett, which publishes USA Today, orchestrated an Apollo 14 themed NFT auction to benefit the Air Force Space & Missile Museum Foundation and the Gannett Foundation. Merriam-Webster also joined the craze, auctioning an NFT of the definition of an NFT, and donating all proceeds to the nonprofit education organization Teach For All.

Nonprofits that don't have access to celebrities or large corporations can still successfully utilize NFT technology. All that's needed is good marketing. Since anything digital can be minted into a certified-unique NFT—an artwork, a tweet, a screenshot, a song, even an asset within a video game—the possibilities are constrained only by a creator's imagination and the buying market. Alex's Lemonade Stand Foundation, an anti-cancer nonprofit, is looking at minting NFTs from the artwork of childhood cancer patients and auctioning them during Childhood Cancer Awareness Month in September.

Nonprofits might also consider minting NFTs as gifts for donors. While their monetary value might be zero, studies have shown that reciprocity matters more. In a paper published by the U.K.-based Behavioural Insights Team, researchers noted that people given gifts are inclined to give in return. “In the case of charitable giving, this means that small gifts to donors can encourage more people to donate, particularly if the gift is seen as a thank you, rather than as something of a particular value that needs to be reciprocated to the same level.” NFTs can fulfill this role and offer the added attraction of being unusual.

But nonprofits don't have to mint, market, or sell NFTs to benefit from them; they can limit themselves to accepting them as donations. In all cases, though, there are nebulous tax implications, partly due to valuation volatility. The NFT mentioned earlier that auctioned for $69 million (appx. a $60 million winning bid plus fees) began with an asking price of $100. After being open to bidders for two weeks, it was about to be gaveled for $30 million, but the last two minutes of the auction saw its price double. It's the rarest of examples—a shocking one too since what we're talking about is essentially a .jpg file—but it illustrates why taxation considerations may be complicated for nonprofits. The IRS hasn't issued any NFT-specific guidelines yet, though they're essentially collectibles.

Could NFTs become standard in nonprofit fundraising? As with cryptocurrency, for every tireless advocate there's another, equally vociferous detractor. The technology isn't new, but popular knowledge of it can reasonably be said to be mere months old. Most neutral voices say we'll have to wait and see what develops. So much is dependent upon market forces, prospective legislation, and a track record that's yet to be well established. Not all nonprofits have the capability to work with NFTs or even accept them as gifts. But it may be prudent to explore the technology and see if there's a fit. Change happens quickly in the digital world, and it's usually better to be out front than trying to catch up.