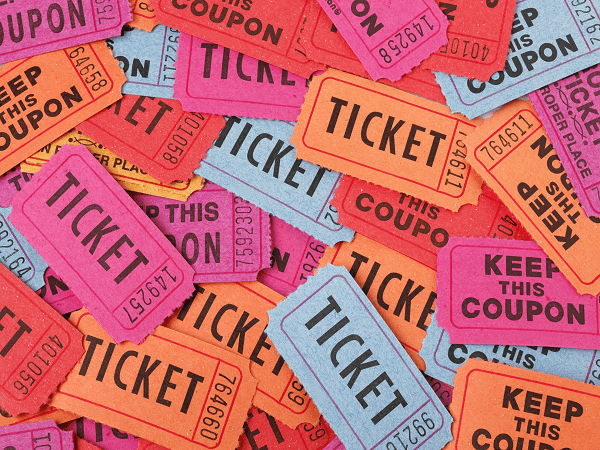 Charitable gaming in North America generates $2 billion in revenue a year, according to 2019 data from the North American Gaming Almanac, and the market's yearly growth is 3.4%. Nonprofits are always under pressure to find new sources of cash, and many have turned to charitable gaming, especially this time of year, as raffles proliferate in advance of the holiday season. Such gaming is considered a form of incentivized giving, a sort of win-win for all parties, where bettors who lose money know it's going to a cause. But in gambling is there ever really such as thing as win-win? Though gaming has proved to be a valuable source of revenue, it comes with ethical concerns and concrete risks.

Charitable gaming can encompass not only raffles, but activities such as bingo, roulette, lottery, pull tabs, slot machines, and even, in states like California, Virginia, and others, Las Vegas style poker tournaments. Not all types of games are legal everywhere, and the laws governing such activities vary around the U.S. Even auctions can be subject to special regulations under the laws of some states. But with the notable exceptions of Utah and Hawaii, every state allows some form of revenue generation via gaming for nonprofits, or certain types of nonprofits.

The laws change often. In Michigan over the summer, for example, legislators introduced a bill meant to reduce gaming license fees for nonprofits that lost revenue over the last 18 months due to an inability to host in-person fundraising events. The data around the bill is instructive. One popular form of charitable revenue generation is via millionaire parties—also known as Las Vegas nights or Monte Carlo nights—where participants pay to use large quantities of imitation money to play casino games. Before COVID-19, Michigan averaged about 8,000 millionaire party event days annually, but in 2020, event days dropped by more than four fifths, with revenue falling in turn. In general, since the pandemic began Michigan charities have reported a 46% drop in individual donations, and a 53% drop in revenue from annual fundraising events. The declines mirror those across the nation, and explain the increased willingness of nonprofits to look at new methods for raising cash.

Some charities were able to pivot online, removing in-person risk, which allowed for revenue generation even during the pandemic. A OneCause survey of nearly 2,000 nonprofits revealed that 62% of those that shifted to virtual fundraising deemed their efforts to have been a success. Some observers say that online gaming, or “charity streaming,” is the next and best frontier in fundraising. In essence, it's little different from the telethons readers of a certain age may remember. Those involved staging televised variety shows to entice viewers to call in with telephone donations. Charity streaming simply moves that concept to the digital realm, and features a different type of performances—video gaming.

It may seem strange to imagine raising money from playing video games, but the track record of such fundraisers was well established even before the pandemic increased their attractiveness. The Washington Post published an article in 2019 titled, “Livestreams Are the New Telethons,” looking at examples that had raised millions of dollars. Successfully staging such a fundraiser would involve partnering with gamers, but since two-thirds of Americans play video games, a typical nonprofit probably has one or two gamers on staff who can offer advice about which games are most popular and appropriate, and what entices the typical gamer to watch other gamers play.

While these types of fundraisers have been shown to succeed, nonprofits should be aware that online raffles and sweepstakes are the forms of digital charitable gaming donors actually utilize most. According to the 2020 Global Trends in Giving Report, in the U.S., donors participate in online raffles and sweepstakes twice as often as the next form of giving, which is online charity auctions. However, donor usage is not the same as popularity or revenue generating effectiveness. Donors use what's available. Giving via gaming isn't highly utilized (8% in the survey), but it can be highly effective.

The ethics and risks of charitable gaming

Charitable gaming does raise issues that nonprofits need to consider. Just as accepting money from dubious sources can create problems, generating revenue in ways some find shady can have the same negative result. While most Americans don't find gambling problematic, a significant 28% consider it morally wrong, according to a 2018 survey on the subject. An older survey of Canadian organizations revealed that, among Canadian nonprofits that didn't engage in charitable gaming, ethical concerns were the main reason they refrained. Of organizations that did fundraise via gaming, 49% reported that someone within the organization voiced ethical concerns.

For nonprofits, ethics-driven resistance to the practice, whether inside or outside the organization, could result in public embarrassment, but the risk isn't the same for all organizations. A group dedicated to wilderness preservation would face different reactions than an anti-homelessness nonprofit. The former might be able to have a casino night with no issues, while the latter might be limited to a charity auction. In all cases, nonprofit leaders need to acknowledge that out in the real world gambling is the equivalent of a regulated substance—i.e. probably fine in the hands of those who can use it responsibly, but potentially harmful for a subset of participants. For that reason, it's understandable that imitating such activities, even for a charitable purpose, can cause some people concern.

Nonprofit leaders also must acknowledge that there have been charitable gaming scandals. Earlier this year, the Minnesota nonprofit Healing Heroes Network reached a settlement with the state after allegedly using, “deceptive and misleading charitable solicitations via sweepstakes and telemarketing.” And in September, the Ohio charity Wellington Athletic Boosters was caught running an illegal charitable bingo night. Outreach to make sure the local public understands that such failures will not occur may be part of the work a nonprofit needs to do in order to get a gaming operation successfully off the ground.

Aside from the ethics, there are concrete risks. Financial intake can be dependent upon external factors, including weather that affects turnout. And of course, COVID-19, and the possibility of new restrictions, remains a potential snag. Some nonprofits are located where in-person gaming is likely to remain legal despite virus related developments—South Dakota, as an example, never required businesses to close, nor did it issue any stay-at-home orders—but even so, staging an event brings up a separate set of ethical questions concerning public health. In the case of online gaming, there are also risks. Cybersecurity is something to be carefully considered, as it must with any computer-based activity. Payments, deposits, raffle integrity (such as ticket authenticity and number generation), and even prize distribution are all areas that require close monitoring. With turnover of nonprofit staff high, ensuring that workers are properly trained is a must.

In addition to the above issues, because the laws around gambling vary by location and tend to be complex, there are legal risks. The National Council of Nonprofits notes that many charities have held raffles without even realizing they're a regulated activity. Nonprofits should consult legal experts in local and state gaming statutes, even for something as simple as a bingo night or auction. They should also consult tax law experts, since revenues may be subject to federal gaming excise taxes.

Still other regulations may restrict nonprofits that haven't been in existence for an adequate period of time, determine what types of employees can operate games, and require a city official—for example a member of the police department—to first visit the nonprofit or event location and conduct an inspection. It's also important to note that participants in gaming receive no federal tax breaks, despite the fact that the money they've spent (or lost) goes to charity.

One reason gaming is so tightly regulated throughout the United States is because it's so profitable. 2021 gambling revenue is expected to surpass $44 billion. Nearly every state that allows casinos is seeing revenue surpass pre-pandemic levels, and online gaming and sports betting are also surging. Those facts may make charitable gaming worthwhile for some nonprofits, despite the numerous regulatory hoops that must be jumped through to get such efforts up and running. Each organization needs to weigh the potential gains against the effort required and the risks involved, and proceed accordingly.