How Nonprofits Can Navigate the Labor Shortage 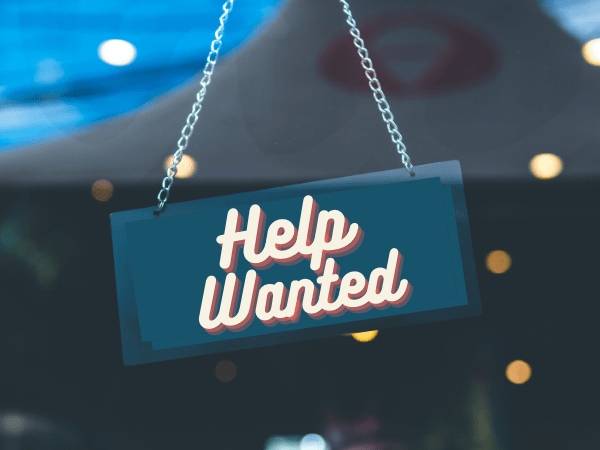 Word on the street is that the U.S. is in the midst of a labor shortage. After an extended period of suspended animation, the economy is bouncing back, but firms are struggling to fill openings. Corporations such as Southwest Airlines, Costco, and Chipotle have raised hourly wages to $15 or more in an effort to lure employees. President Biden sees this as a boon for the working class, stating “Instead of workers competing with each other for jobs that are scarce, we want employers to compete with each other to attract workers,” resulting in higher wages and giving workers “the power and demand to be treated with dignity and respect in the workplace."

However, employers with limited funds may find themselves unable to compete. A recent survey found that 46% of small business owners had an open position they were not able to fill. The situation appears to be similar for cash-strapped nonprofits that have already been hard hit by the pandemic. Anecdotal accounts point to difficulties in recruiting entry-level staff and retaining seasoned employees who are seeking higher wages. What factors should nonprofits bear in mind as they recruit new employees or work to retain existing staff? Is there anything they can do to remain competitive?

As the economy emerged from hibernation, it was largely assumed that the unemployed would dive headfirst into the workforce, but this hasn’t been the case. So, what exactly is driving the current labor shortage? While increased unemployment benefits have largely been blamed as the culprit, research suggests that this has had only a minimal effect on most people’s decisions to return to work.

After a year of lockdowns and the melding of work and home life, some workers may simply be too burned out to return to the office. Specific populations might be hesitant to rejoin the workforce due to their personal circumstances. For example, mothers, many of whom have experienced pandemic-related career setbacks, may be struggling to secure childcare. Immunocompromised people, who might still be susceptible to COVID-19 despite being vaccinated, are likely hindered by health concerns. Still others, especially millennials and Generation X employees, have grown accustomed to the comforts of remote work and would rather avoid the grind of the daily commute.

Perhaps more importantly, declining real wages combined with higher savings rates during the pandemic have prompted many to hold out for better paying positions. According to the U.S. Bureau of Labor Statistics (BLS), in the period from May to June of 2021 alone, inflationary pressures caused real wages to decrease by half a percentage point, despite an increase of .3 percent in nominal wages. Economists such as UC Berkeley’s Silvia Allegretto believe the U.S. is in the midst of a “wage and benefits shortage.” Although some economists predict that the labor crunch will be temporary, employers without the means to boost salaries will likely have a harder time recruiting talent.

So, where do nonprofits stand in terms of salaries? On the whole, the nonprofit sector is slightly more competitive than jobs across all sectors. For the second quarter of 2021, the BLS reported that the average weekly wage for all full-time U.S. workers was $990, or $51,480 annually. According to 2017 data (the most recent available), the average annual salary for employees at nonprofit organizations was $55,338, or $1,064 per week. However, nonprofit salaries are largely on par with those of the private sector, which average $1,055 per week, or $54,860 per year.

When broken down by job title, recent figures put out by Keela show that average annual nonprofit salaries across the U.S. range from $43,633 for program coordinators up to $67,929 for executive directors and $102,803 for CEOs.

How can nonprofits determine whether their salaries are competitive? For comparisons against for-profit and government employers, organizations can utilize a paid service such as Nonprofit Works, an interactive database created by the Johns Hopkins University Center for Civil Society Studies. This service offers detailed data based on geographic region, which can be broken down by state, county, and metro statistical area.

At the very least, organizations should ensure their compensation is competitive within the nonprofit sector itself. For a general overview, the free BLS data includes information on average nonprofit salaries by mission focus and location. In order to access a more detailed breakdown, it may be worth purchasing the 2021 Nonprofit Organizations Salary and Benefits Report, put out by The NonProfit Times. This report includes salary information on 233 positions at nonprofit organizations, including details on benefits.

One way in which nonprofits can do so is to promote a work-life balance. Offering perks in the form of remote or hybrid work environments, flexible hours, or subsidized childcare can help attract individuals such as working moms and younger employees who prioritize quality of life over remuneration. Such flexibility can also help retain existing employees, who may not be ready to return to business-as-usual. According to a recent study by Prudential, “42% of current remote workers say if their current company does not continue to offer remote work options long term, they will look for a job at a company that does.”

Along similar lines, it’s important to actively cultivate a positive workplace culture. Executive directors should look at what other employers are doing to attract and retain top talent. Every year, Glassdoor publishes a list of the best places to work, based on employee ratings. A glance through the reviews may provide some inspiration on what works best to keep staff motivated and engaged. Fortune magazine also releases an annual list called the 100 Best Companies to Work For. Their takeaway this year was, “Businesses that treat employees well during the toughest of times will attract talent, even when the war for talent heats up.”

Another strategy to attract new staff is to create opportunities for hard-hit groups. Those at the beginning or end of their working lives may be struggling the most from the repercussions of the pandemic. Thus, organizations should ensure that their recruiting practices are inclusive of recent college graduates and workers over the age of 55, both of whom have been harder hit by the pandemic than during the Great Recession.

Creating professional opportunities can also foster employee retention. Research by Robert Half found that, since the beginning of the pandemic, more than a third of workers felt stalled in their careers, with close to half reporting feeling stuck in terms of career advancement (47%) and skills development (44%). Commenting on these findings, Paul MacDonald, a senior executive director at Robert Half, stated, “Now is the time for managers to invest in upskilling, review performance goals and develop mentoring programs that benefit all employees." Ensuring that the organization has clear internal paths to promotion is another way to prevent the loss of valued employees.

Finally, it is important to remember that most people aren’t drawn to the nonprofit sector in search of hefty paychecks. After a year of reflection, private sector workers may be looking to transition to more meaningful work, while nonprofit employees might need to rediscover their sense of purpose. According to a survey by the Harvard Business Review and the Energy Project, “employees who derive meaning and significance from their work were more than three times as likely to stay with their organizations.” Thus, organizations should stay focused on the big-picture goals of their mission as a strategy to retain staff or possibly attract employees from other sectors, even if it means taking a pay cut. 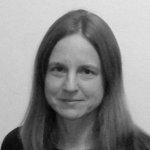