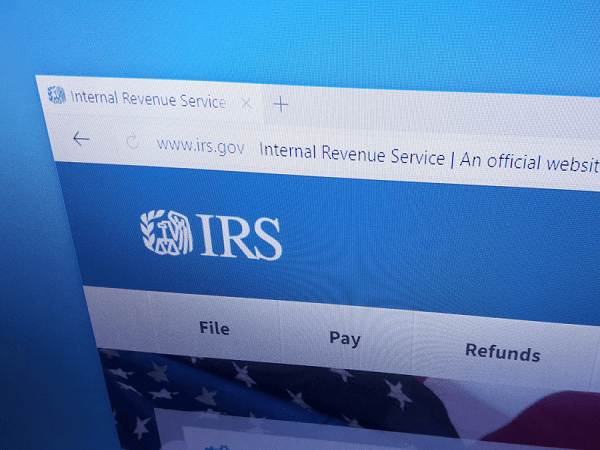 When the Internal Revenue Service returns to full operations on July 15, one item on its agenda will be a new slate of more than 1,000 audits of private foundations connected to high net worth individuals. According to an announcement from Douglas O’Donnell, Commissioner of the IRS's Large Business and International (LB&I) Division, the agency will be looking specifically for evidence of prohibited self-dealing. An example of this would the sale, exchange, or leasing of property to a disqualified person, or making loans to a disqualified person. Examples of disqualified persons would be family members, substantial contributors, foundation managers, and government officials.

U.S. Treasury Secretary Steve Mnuchin gave the impetus to these new audits, which come during a time when IRS investigations of wealthy tax filers have fallen. A decade ago the agency double-checked about 12.5% of returns from filers who had earned $1 million or more, but looked at a mere 2.4% in 2017. Audits of lower income brackets have also fallen, though at a much lower rate. Thus the upcoming foundation audits are an offshoot of ramped up efforts to level the distribution of audits of Americans in general. But the gap between plans and execution can be wide. This isn't the first time the IRS has adopted a broad strategy to audit the wealthy. Its previous foray—a little more than a decade ago—didn't turn out well.

Back in 2009 the IRS formed a special team called the Global High Wealth Industry Group to tackle tax avoidance by the rich, whose evasion techniques—including through the use of foundations—had grown highly sophisticated. The new tax team had a broader scope than previous IRS investigators and a legislative mandate, but the IRS's crack audit squad found itself overmatched by a swarm of accountants, lawyers, and lobbyists employed by the rich. From 2010 to 2017 the amount of additional recommended tax assessed against the wealthy dropped from $5.7 billion to $1.8 billion. Over the same span, the IRS saw its budget cut by 18% and lost 13,000 employees, which caused the federal government to lose an average of $18 billion in tax revenue per year, according to an analysis by ProPublica.

Modest budget increases the past few years have finally stopped some of the bleeding related to staffing and equipment, but important IRS trend lines related to tax collection are still headed downward. Each year the agency releases a data book of tax statistics. The recently released 2019 book confirms that collection from audits is down again compared to the previous year, and the amount of expiring tax debt—money owed the government that the IRS can no longer recover because of a ten-year statute of limitations on collections—went up. The latter figure is revealing. In 2010 only about $564 million of debt to the IRS expired. Last year it was $6.7 billion, an astonishingly sharp rise in evaporated revenue in just a decade.

There's been no statement from the IRS as to why the net it's casting over top bracket filers is being flung wide enough to specifically encompass their foundations, but the move comes at a time of increased public scrutiny of the ways in which the rich manage and manipulate their wealth. Hundreds of articles, numerous studies, and several notable books such as Winners Take All: The Elite Charade of Changing the World, by Anand Giridharadas, and Just Giving: Why Philanthropy Is Failing Democracy and How It Can Do Better, by former U.S. Secretary of Labor Robert Reich, make the case that philanthropy is in the process of being corrupted thanks to the tax and legal structures defining the sector, combined with deliberate intent by the rich to exploit those structures for selfish ends. Such writings suggest that the same forces that have led to Gilded Age levels of inequality are unlikely to ameliorate social problems exacerbated by the accumulation of wealth.

Distrust of the charitable aims of the rich simmers at both ends of the political spectrum. Accordingly, both 2020 presidential candidates have had problems related to their foundations, though of different types and scales. President Donald Trump was sued by the state of New York due to the practices of the Donald Trump Foundation, which included illegal coordination with Trump's presidential campaign, and repeated self-dealing. Trump settled the case, and the terms of the settlement required the Foundation to dissolve and pay out its $1.78 million in assets, plus $2 million in damages, to various charities, while Trump was required to admit to assorted instances of misuse of funds, which included using Foundation money to buy a portrait of himself at an auction.

Meanwhile presumed Democratic presidential candidate Joe Biden's signature foundation, The Biden Cancer Initiative, came under a microscope after Biden's brother, James, allegedly told a group of medical executives that the Foundation would promote their businesses. The allegations came from executives at Azzam Medical Services and Diverse Medical Management, which have sued James Biden for fraud. Neither Diverse nor Azzam claim Joe Biden was aware of what was happening, however as election season progresses, the candidates may invoke irregularities connected with each other's foundations, adding to public distrust of the charitable motives of prominent individuals.

Observers within the philanthropic sector and beyond will doubtless be awaiting developments from the IRS's foundation audits. The agency, for its part, appears to be gearing up for a serious and sustained effort. In preparation, more than 400 LB&I agents have been trained on the ins and outs of private foundations and how the wealthy use them. These agents will be coordinating with the IRS's Tax Exempt and Government Entities Division, looking for interlinked relationships between global high wealth enterprises, linkages that should be more visible thanks to plans to increase the usage of advanced data analytics.

Though the IRS made waves with its mission adjustment, nothing is written in stone these days. The agency has seen its work hampered over the years due to periodic government shutdowns, still has structural and technological issues due to the previous budget cuts, and was forced to curtail its activities during the COVID-19 pandemic, which is still not under control in the U.S. And none of that takes into account the inevitable pushback. With wealth comes outsize power, and it's safe to say that the bracket of individuals singled out in the IRS announcement will have a say in the matter. Possibly the final say.