Keep Giving Tuesday in Your Heart All Through the Year 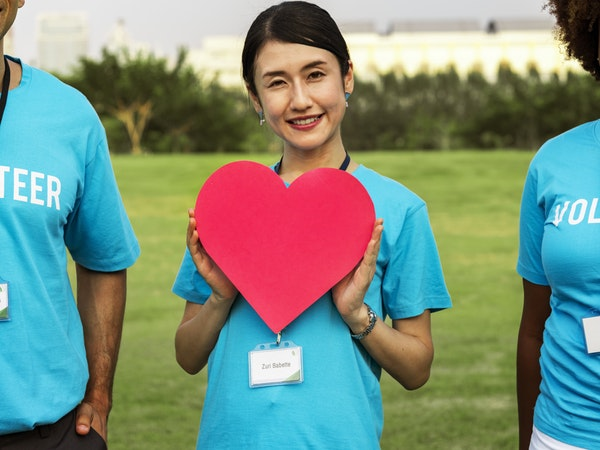 Did you or your organization recently participate in Giving Tuesday? Set the Tuesday after Thanksgiving each year, the event seeks to use the power of social media and collaboration in order to encourage more philanthropy. Sometimes styled as #GivingTuesday, it seeks to kick off the charitable giving season and promote a sense of generosity through the holiday season and the end of the year.

But how does your organization leverage Giving Tuesday from just one day or a small timeframe and turn it into something more?

The Giving Tuesday movement got its start in 2012 with an announcement by the technology website Mashable. Other founding partners included Skype and Cisco, and additional partners soon joined on, including Microsoft, Sony, Aldo, the Case Foundation, Heifer International, Phoenix House, and Starwood Hotels. In that first year, roughly $10 million was collected. For 2018, the total will be roughly $400 million.

When Giving Tuesday began, some people were skeptical, including Timothy Ogden of the Stanford Social Innovation Review. Shortly before the inaugural day, he wrote, "I don’t think it will work. That’s not to say that I don’t think the idea will catch on. I think we’ll see a huge number of tweets and Instagrams on Giving Tuesday. And I expect that the effort will grow each year. What I don’t think it will do is materially affect giving in any positive way." He pointed to trends in giving. Average giving for Americans is astonishingly consistent, varying only from 2.1 to 2.2 percent of income over the ten years prior to the first Giving Tuesday. Even if Giving Tuesday ended up bringing in donations, Ogden believed that it would just result in decreased donations the rest of the year.

Several years ago, Nonprofit Quarterly looked at the model for "giving days" and how they work. The publication points out how giving days are different from the standard model of giving: "Instead of a single group trying to bring new donors to the table, a joint effort around giving on a single day hopes to encourage the idea of philanthropy first and specific charities second. The hope is that the rising tide of donations will lift all the fundraising boats."

However, Nonprofit Quarterly also wondered if giving days actually increase giving, or merely shift the timeframe of donations. Such campaigns may be a way to get attention from new donors, though, who may not have been previously aware of the organization.

In contrast, Classy, a social enterprise that creates fundraising software for nonprofits, states that 15% of new donors picked up during Giving Tuesday will donate to the organization again before the following year's event. These new donors are also much more likely to encourage their peers to donate. The effects of Giving Tuesday don't seem to be confined to the day itself.

Let's assume that your organization was able to use Giving Tuesday to draw in some new donors. How can you turn them into repeat donors?

The Giving Tuesday website offers a toolkit with ideas on how to make Giving Tuesday unique for your organization, and how to use the day as a starting point for continued philanthropy.

Unlike some other coordinated giving campaigns, the Giving Tuesday organization does not seek to be a central processor for donations; all donations go through a nonprofit organization's own website, if they so choose. So integrating Giving Tuesday into your website is a helpful idea. You could create pop-ups on your website to thank the people who have given to your organization, or to encourage visitors to give in the future. (Wired offers a look at why nonprofit organizations might want to consider using pop-ups on their website.) You could also create a special Giving Tuesday email list. For example, you could develop a "welcome series" for new donors to further involve them with your organization and to increase the probability that they will donate again. You could send updates toward your goal amount, stories about the people affected by your nonprofit's work, or information about volunteer opportunities.

Organizations might also consider using the day to promote a recurring giving program, not just a one-time donation. The overall marketing buzz of Giving Tuesday can help get extra eyes on your organization's work, and there are no rules saying you need to treat the day just like everyone else. Be bold and try some new ideas.

Giving Tuesday has progressively gained in popularity each year and looks like it's here to stay. As more organizations get involved, it will become more and more difficult to stand out from the crowd. Nonprofits will need to be creative to grab the attention of donors and to encourage their giving throughout the year.