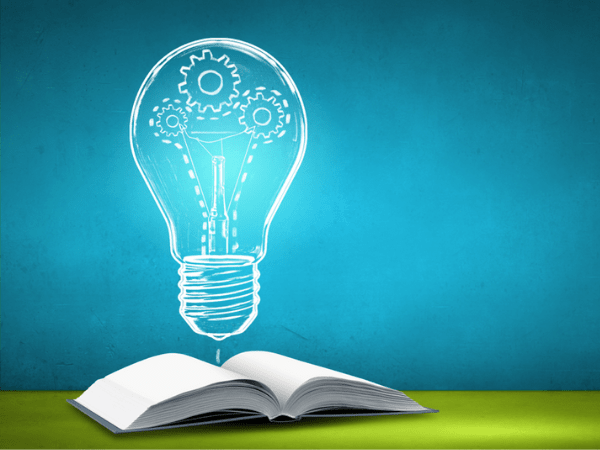 In Greek mythology, Heracles was given twelve seemingly impossible labors by King Eurystheus of Tiryns. Each was a gargantuan task, with near-certain odds of failure, but Heracles approached them in courageous and creative ways, and over the course of years, succeeded. In the wake of 2020, humanity also finds itself facing multiple complex challenges.

Daunting issues such as inequality, racial justice, climate change, and threats to democracy have all moved into the forefront of public consciousness, with no easy answers in sight. We are now at a key point in time, one which will undoubtedly be seen as pivotal by future historians. But can we make sense of history as it is unfolding? As a social change leader, how do you address these issues boldly and creatively? To help you on this journey of understanding, I’ve compiled a list of books by and for social activists.

Let’s take a look at some insights from experts and activists working on the challenges mentioned above.

Inequality
Unlike any other year, 2020 laid bare the issues which have been bubbling below the surface of American society for decades. The global diffusion of a microscopic virus, which on the surface does not discriminate, but is more likely to infect and kill those on the lower rungs of the socioeconomic ladder, brought to light longstanding inequities. Here are two books to help you understand how we became such an unequal society, and how these disparities affect us in ways that go beyond economics.

The seminal work on inequality is most certainly Thomas Piketty’s Capital in the Twenty-First Century, which analyzes the economic history of wealth and income inequality. If you are an avid reader and fan of the social sciences, it is an absolute must.

However, if you don’t have the time to read this 800 page tome, another interesting book on this subject is The Broken Ladder: How Inequality Affects the Way We Think, Live, and Die, by Keith Payne, which examines the multifaceted ways in which inequality influences people’s thoughts and actions. It answers questions such as, “Why does the size of your neighbor’s house affect your stress hormones?” and “Why…does feeling poor subtract as many years from your life as actually being poor?” One of the book’s chapters examines the correlations between wealth and life expectancy while others touch on topics such as racial and economic inequality and how economic disparities divide people along political lines.

Racial Justice
Several months into the outbreak of the pandemic, growing social awareness was amplified by the police killing of George Floyd and the global protests in its aftermath. To better understand the issues facing Black Americans, we turn to two books written by racial justice leaders.

The first is The Purpose of Power: How We Come Together When We Fall Apart, by Alicia Garza, a co-founder of the Black Lives Matter movement. In her book, she discusses her personal history as a community organizer, the mobilization of communities around BLM, and the various aspects of movement building.

Author and civil rights activist Shaun King provides another perspective on community organizing and the Black experience in his book Make Change: How to Fight Injustice, Dismantle Systemic Oppression, and Own Our Future. This book chronicles King’s own experiences and serves as a guidebook for those seeking social change. Within the context of traumas experienced by all Americans in recent years, King explains, “As we grieve and try to keep ourselves from falling off the cliff into a place of total despair, we must also find a way to move from desperation to organization. And while that’s no easy pivot, our very survival depends on our doing this together.” With chapter titles such as “Forget Your Excuses” and “What’s Your Gift? Use It.”, King exhorts readers to commit to becoming agents of social change.

Global Warming
One of the unexpected benefits of the global pandemic, and the lockdowns that followed, is that as human activity came to a grinding halt, nature seemed to spring back in the most unlikely of places. Air pollution in cities like New Delhi and Milan plummeted. If such changes could occur within a span of months, simply by curbing human activity, perhaps it could also motivate us to make the necessary changes to combat global warming. Where do we begin?

If you are looking for an in-depth understanding of the climate crisis, a good place to start is Naomi Klein’s This Changes Everything: Capitalism vs. The Climate, which examines the zero-sum game between our current economic system and the warming planet. For those working to educate youth on environmental causes, Klein has also just released a new book entitled How to Change Everything: The Young Human's Guide to Protecting the Planet and Each Other, which shares stories and strategies aimed at empowering young climate activists.  Another new release is How to Avoid a Climate Disaster: The Solutions We Have and the Breakthroughs We Need, by Bill Gates. Not surprisingly, this book examines the role of technology in reducing emissions to zero and sets out a plan for achieving this goal. If you are seeking inspiration and ideas for how we can combat global heating, read All We Can Save: Truth, Courage, and Solutions for the Climate Crisis. This book is broken down into eight sections (Root, Advocate, Reframe, Reshape, Persist, Feel, Nourish, and Rise), each featuring a handful of essays and poems written by women active in the fight against climate change.

Checks and Balances
The passing of Supreme Court Justice Ruth Bader Ginsberg in September of 2020 left many mourning the loss of a renowned gender equality and social justice advocate. The newly released Justice, Justice Thou Shalt Pursue: A Life's Work Fighting for a More Perfect Union, which is based on a series of conversations between Ginsberg and Berkeley law professor Amanda L. Tyler, aims to “give readers a glimpse into how as a lawyer and federal judge [Ginsberg] has worked tirelessly for gender equality and, more generally, achievement of our Constitution’s most fundamental aspiration—to build ‘a more perfect Union’.” The book is a collection of materials curated by Ginsberg and Tyler that includes case summaries, Ginsberg’s oral arguments and written opinions on these cases, recent speeches, and an interview in which Ginsberg reflects on her life and work.

Shortly after Ginsberg’s passing, the U.S. faced yet another hurdle—the 2020 election and the subsequent assault on American democracy which culminated in the storming of the capitol. These events left many people asking, “How could this happen in America?” If you are one of them, you might want to read How Democracies Die, by Steven Levitsky and Daniel Ziblatt, both professors of government at Harvard University. Published in 2019, the book opens with the question, “Is our democracy in danger?” Drawing from their work studying democratic breakdowns in other places, such as “Europe’s dark 1930s” and “Latin America’s repressive 1970s,” the authors go on to argue that “the guardrails of American democracy are weakening.”

If you find yourself indignant after taking a deep dive into the issues affecting our world, you are probably not alone. The good news is that the book entitled Undercurrents: Channeling Outrage to Spark Practical Activism will help you transform these feelings into positive results. Author Steve Davis outlines five forces that are transforming our world today, and how to utilize these forces to foster social change.

Another interesting title comes from famed linguist and prolific writer Noam Chomsky, who has written more than 100 books to date. His newest one, Chomsky for Activists (Universalizing Resistance), features Chomsky’s insights on a range of topics, from neoliberalism to identity and class politics to organizing across cultural divides, as well as details about his life as an activist.

The issues discussed above would likely baffle even a Greek superhero such as Heracles. But hopefully, this reading list has given you a good starting point in your quest to understand these seemingly insurmountable challenges and build a more just world. At the least, these books should provide you with hours of intellectual engagement as you await your first vaccine dose and the reopening of your favorite restaurant, bar, or theater.