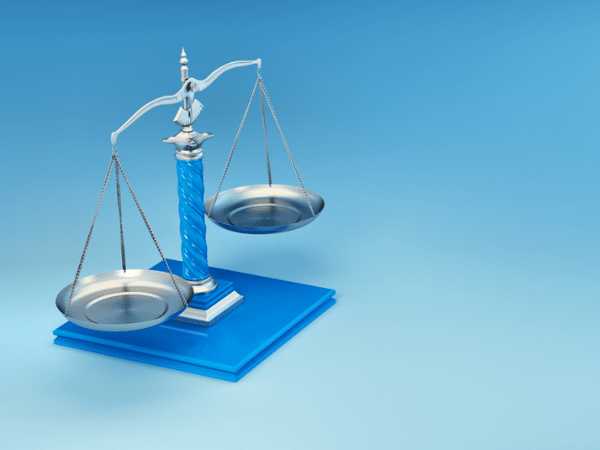 In federal district court in Northern California a lawsuit has been filed that many in the philanthropy industry are following carefully. Megadonors Emily and Malcolm Fairbairn are suing the donor-advised fund, or DAF, known as Fidelity Charitable for allegedly mismanaging a donation of cash and other assets valued at $100 million. At issue is what responsibilities DAFs have toward donors, which incentives govern DAF decision-making, and whether the funds are adequately regulated.

If you're reading this article it's fair to assume you know what donor-advised funds are. If not, in brief, they're basically tax advantaged accounts managed by public charities, which in turn funnel donations to other charities. DAFs accept not only cash, but stocks, property, and other cash-convertible assets. The donors surrender ownership of what they put in, but receive immediate tax breaks, and retain advisory privileges over how, when, and to which charities the money they've given is disbursed.

You also probably know that DAFs are widely reviled. While they're winners for financial firms, money advisors, and wealthy donors, many analysts say they're harmful for the philanthropic sector as a whole, another complex financial instrument raking off funds that should be used for areas of need in American society. According to this view, they're the dragons of Game of Thrones. They were already dangerous to have around when they were small, but now that they're eating forty goats a day they've become monsters to truly fear.

The centerpiece of Fairbairn vs. Fidelity Charitable is a specific piece of the $100 million gift Emily and Malcolm Fairbairn made—1.93 million shares of a publicly traded company called Energous. After the Fairbairns donated the stock, its share price rose rapidly due to Energous' core technology receiving a stamp of government approval. Three days later, after the shares had soared in value by 39%, Fidelity Charitable sold them all over the course of three hours.

Not only was the sale unauthorized, according to the lawsuit, but the flood of Energous stock onto the market triggered a 30% devaluation of the shares, leaving the Fairbairns with tens of millions of dollars less in potential funds to give to charity, and more to pay in personal income taxes. According to the court filing, Fidelity broke an agreement that covered when to sell the stock, how much to sell at a time, what price to seek in return for it, and what methods would be used for its liquidation.

The overarching question in the suit is how far a DAF's duty to a donor goes. Federal law gives DAFs control over the donations they receive, but there is also a requirement to be trustworthy stewards of the money. Since Fidelity Charitable allegedly made numerous promises to the Fairbairns in order to obtain the donation, there's a possibility the fund will be deemed to have acted under false pretenses, with no intention of ever fulfilling the promises it made. The lawsuit claims Fidelity Charitable violated an “implied covenant of good faith and fair dealing.”

Fidelity Charitable has a different take on the matter. It denies ever making promises to the Fairbairns, and points to its standard policy, which says it can sell securities immediately upon receipt. Fidelity Charitable claims the Fairbairns had been made fully aware of this. A fund spokesperson, Vincent Loporchio, responded via email to the New York Times that, “[The Fairbairns'] claim that they were told something different is entirely false, and not supported by any evidence.” However Fidelity's motion to dismiss the case was denied by a federal judge late last year, which is the equivalent of saying the complaint has enough substance to proceed.

What Is the Possible Impact?

Most disagreements between funders and DAFs never reach the litigation stage, but Fairbairn vs. Fidelity Charitable, depending on its outcome, could encourage other lawsuits, which in turn could affect the way DAFs do business. These funds increasingly have been targeting wealthy donors who own complex assets. In order to succeed against competitors, they promise better services, more sophisticated money managers, and extraordinary sensitivity to donors' wishes. If exaggerated claims are deemed to be predatory, DAFs may have rethink how they woo clients.

The lawsuit could also lead to new recommendations about exactly how much control donors should retain over their gifts. The point of a donor-advised fund, at least as it relates to philanthropy, is that the donor indicates when and where the money is to be disbursed. However there's no actual legal requirement for DAFs to do anything other than what management deems appropriate. Of course, ignoring a donor's preferences is not the best way to generate new clients, but the Fairbairn lawsuit addresses this in a section concerning efforts the couple made to seek answers about what happened:

“In stark contrast to its pre-donation solicitousness, however, Fidelity Charitable completely stonewalled the Fairbairns [snip]. The basis for this refusal is unclear. Perhaps Fidelity Charitable believes it is simply too large and powerful to be held accountable for its actions. Alternatively, perhaps it has refused to provide the information because doing so would reveal systemic undermining of donors’ and charities’ interests in favor of Fidelity’s own bottom line.”

The lawsuit goes on to suggest that Fidelity Charitable had significant incentives to liquidate the Energous shares immediately, at whatever cost to the Fairbairns, and that the fund acted based on improper, self-interested motivations. Considering Fidelity Charitable's dominance of the DAF market and its reputation for being uniquely competent, a ruling in favor of the Fairbairns would not only harm it, but could send legitimate questions about DAF trustworthiness rippling across the entire philanthropic sector.

Another result of the lawsuit could be closer examination of the relationships between DAFs and their commercial affiliates. Fidelity Charitable is distinct from Fidelity Investments, the company that spawned it, but DAFs invest funds in their affiliated companies, which generate substantial fees for them. These sorts of relationships have been increasingly scrutinized, raising questions about whether DAFs are truly charities, as opposed to profit-making enterprises.

At the end of 2015 Fidelity Charitable had $16.1 billion in assets. Part of that amount was donated to other charities, but the remaining $13 billion made $60.5 million in management fees and $13.3 million in investment fees. And because the fund is a 501(c)(3) organization, it paid no income tax on $704.6 million in 2015 investment income. There have been calls for Congress to more tightly regulate DAFs, and several of the reasons why are exemplified by Fairbairn vs. Fidelity Charitable, including the possibility that fees paid to affiliates eat into the cash available for charitable giving, and that there's too much incentive for cash to remain in accounts rather than be used for the public good.

Could DAF Growth Be Slowed?

As noted above, DAFs have been growing increasingly controversial apart from Fairbairn vs. Fidelity Charitable. A New York Times article from last year described donor-advised funds as methods for “tech billionaires to hack their taxes with a philanthropic loophole.” Boston College Law School professor Ray Madoff famously stamped her name on the DAF debate in 2015 when she described them as “the thing that ate philanthropy.”

Considering the fact that, as of 2017, there were 463,622 DAF accounts in existence with assets of $110.01 billion—an all-time high and a 27% percent increase from 2016—Fairbairn vs. Fidelity Charitable really matters. Anything that cools the explosive growth of DAFs, which already outnumber private foundations five-to-one, would be celebrated in many circles. But a ruling for Fidelity Charitable could leave donor-advised funds unchallenged to eat all the goats on the charity landscape, at least for the foreseeable future.