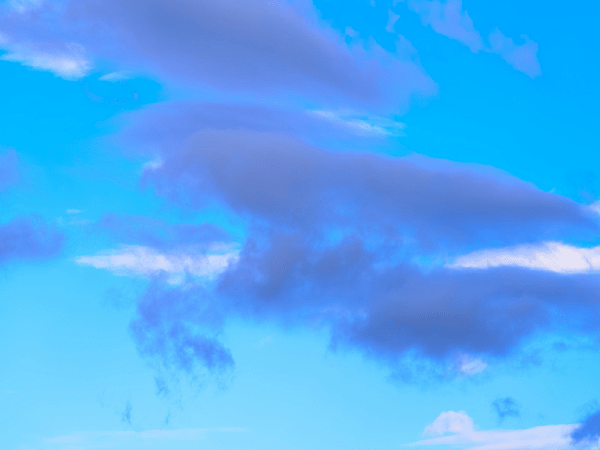 A recent survey by the philanthropy magazine Alliance asked readers to choose three issues they thought would become the most important in philanthropy in the next twenty-five years. Climate change was the clear winner, with 78% of respondents selecting it, while inequality came in second with 54%, and diversity and equity came in third with 48%. Surveys of the general public likewise reveal deep concern about the climate. UNESCO's The World in 2030 Survey revealed that 67% of respondents were primarily worried about global warming, with inequality finishing at 43%.

Though philanthropy observers, the general public, and climate scientists all consider global warming to be an existential crisis, at the moment only about 2% of grant funding goes directly to climate issues—and that's after cash funneled toward the area doubled from 2015 to today. But money meant for issues such as inequality and diversity may have an effect on mitigating climate change, and vice versa. In 2017 the UN released a report showing how climate change and within-country inequality are linked. Increasingly, scientists and scholars are learning how inequality and diversity are climate change issues.

Picture a home in Guatemala, a simple one that lacks electricity. In order to obtain cooking or heating fuel a member of that household probably treks to the nearest woodland to gather branches or to cut trees. Around the globe that work falls disproportionately on girls and women. They also are primary water gatherers, work that increases in difficulty as the planet heats. Funding directed toward climate initiatives such as expanding clean energy or improving water retention offers the chance for girls and women to reduce their drudgery and dedicate more time to educational pursuits that could boost their income. Whether that actually happens is dependent on many factors, but the example shows how climate and equality are linked on the ground.

Far from that rural home in Guatemala, in the corridors of business in the world's rich nations, similar links between climate and equality exist. A BloombergNEF and Sasakawa Peace Foundation study of 11,700 companies found that those in which women made up 30% or more of board members were higher performers in environmental reporting and climate governance. The difference was stark. Emissions growth from the aforementioned companies was 0.6%, compared with 3.5% from companies without any women on their boards.

In the political realm, legislatures containing a higher percentage of women were those that tended to vote for stronger climate policies. A 2019 study published by the European Journal of Political Economy considered multiple factors to explain the adoption of these climate policies, ranging from GDP per capita, to education levels, to political orientation, and found that women at the decision-making table were the clear link. In essence, greater gender equity correlates to lower per capita carbon dioxide emissions.

Climate change and diversity are also linked. In fact, many political observers believe that equitable representation for ethnic minorities is one of the keys to tackling Earth's climate problem. In the U.S., communities of color experience worse climate related effects such as air pollution than they produce through consumption. The extra emissions come from white communities, which enjoy better air quality even though their higher consumption produces more CO2. White communities have more trees, more parkland, less pavement, lower average temperatures, more coastal access yet less risk from sea level rise, fewer polluting industries, and a long list of other advantages too many to enumerate. This at least partly explains surveys showing that, as a group, white Americans are less concerned about climate change than Americans of color. Diversity, then, increases the focus on climate change, from small companies and rural town councils to shareholder boardrooms and federal political bodies.

Some funders have recognized the above connections and are directing cash synergistically. The Hewlett Foundation describes climate change as the defining issue of our time, and directs its funds to areas such as green investment, forest preservation, and fossil fuel reduction, but notes that work in the area of climate “affects every problem philanthropy seeks to solve, whether it’s improving health, alleviating poverty, reducing famine, promoting peace, or advancing social justice." The David and Lucille Packard Foundation echoes this sentiment, stating on its website that climate change, “threatens public health, global development, and safety.”

Inside Philanthropy (paywall) notes that the events of the past year have been instrumental in focusing attention on the ties between the environment and race. Roger Kim of the Climate and Clean Energy Equity Fund told the website that climate funders are now more likely to respond to demands for racial justice, and are beginning to understand that incorporating the issue into climate change initiatives results in, “bigger, bolder, and faster solutions.”

In a similar vein, Indigenous organizations have redrawn the front line of the global warming battle by incorporating their struggle for sovereignty over ancestral lands into climate concerns. The Ford Foundation website notes that, “Indigenous peoples and local communities with secure rights to their land are the best defenders of the natural environment. Communities with these rights prevent at least 300 billion metric tons of carbon from being released into the atmosphere by stopping deforestation of their lands.”

In countries with large indigenous populations numerous lawsuits have been filed against polluters. The fight is particularly intense in Ecuador, where almost 70% of the country's rainforest is leased to oil companies. Indigenous groups there, in Brazil, and in other heavily forested nations hope to use courts as a way to circumvent legislatures and heads of state who appear to be unduly influenced by CO2 producing industries.

Because climate change is deeply connected to other issues, philanthropic funding is connected too. Though the Alliance survey showed only 2% of money going to climate change—a shocking shortfall considering the percentage of the global public that considers it a planetary emergency—the silver lining is that some of the 98% of cash going to other issues tangentially helps slow climate change. If more funders acknowledge these connections, and adjust their focus areas to merge global warming with other concerns, the understanding that societies and nature are intertwined may increase, and the odds of taking corrective climate action on a mass scale could improve.