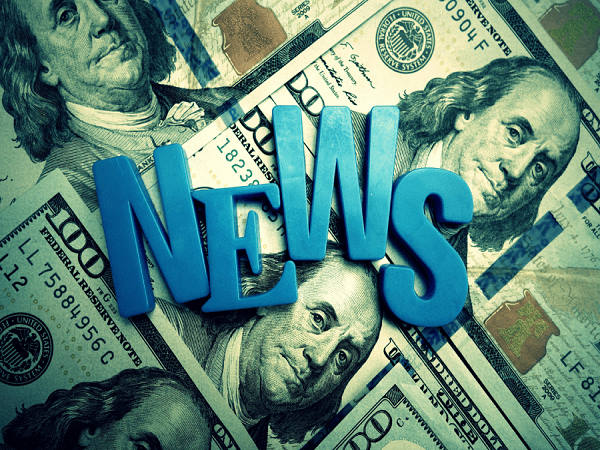 Local newspapers across the United States have fallen on economic hard times, as the more than century-old print advertising and circulation business model has been superseded by a digital model in which most ad revenue has gone to tech companies such as Facebook and Google. The result has been the closure of 20% of U.S. newspapers since 2004, the loss of 47% of jobs in the sector, and no signs the downward trend will abate anytime soon.

Making matters more difficult has been the arrival of hedge funds and private equity firms, which traditionally collect wherever economic distress is found. These groups buy newspapers, but prioritize neither community needs nor the wider civic mission of functioning as crucial democratic infrastructure. Instead, their primary aim is to generate profit, and real-world observation has shown that their usual modus operandi after taking control of a paper is to cut staff, outsource jobs overseas, and sell assets, reaping millions of dollars while the product withers on the vine.

An example of this phenomenon is the 127-year-old Denver Post, which since 2011 has been owned by the hedge fund Alden Global Capital. After the acquisition, the newspaper's 200-person newsroom was progressively cut until only 25% remained, despite the fact that the Post consistently operated in the black. The paper's editorial board, feeling backed against a wall trying to produce news at a company where profits were being distributed to shareholders rather than being reinvested in journalism, wrote a scathing editorial in 2018. A day later 30 journalists were fired.

It isn't merely individual papers that are running into problems in the digital age. The McClatchy Company, a publisher that operates 30 newspapers and has been under family control for 163 years, filed for bankruptcy in February. Tribune Publishing, which owns dozens of newspapers nationwide, including the Chicago Tribune, the Hartford Courant, and the New York Daily News, is now controlled by Alden Global Capital. More consolidations are probably on the horizon, as are more takeovers by private equity.

Faced with a cutthroat economic landscape, several prominent U.S. newspapers have converted into nonprofits as a means of staying afloat. There were already precedents, both in the U.S. and elsewhere. In 1936, John Russell Scott, the owner of Britain's The Guardian, transferred his shares to a trust with the goal of maintaining the paper’s editorial and financial independence in perpetuity. The Tampa Bay Times went nonprofit in 1978. In addition, there are examples of successful news outlets that were nonprofit from their beginnings, such as the magazine Mother Jones, founded in 1976, and the Pulitzer Prize-winning website ProPublica, launched in 2007.

U.S. papers and media outlets that have recently gone or have announced their intention to make for-profit to nonprofit transitions include the Pulitzer Prize-winning Salt Lake Tribune, the Chicago Reader, the San Antonio-based Rivard Report, the Oakland-based paper Berkeleyside, and in Philadelphia, The Philadelphia Inquirer, the Daily News, and the website Philly.com. Shifting to nonprofit status is no slam dunk. The IRS grants 501(c)(3) exemptions only to sports leagues, cruelty-prevention advocacies, public-safety organizations, and groups with a charitable, religious, educational, scientific, or literary purpose.

For newspapers, meeting IRS requirements means shifting gears. They can no longer endorse political candidates and must “refrain from participating or intervening, directly or indirectly, in any political campaign on behalf of or in opposition to any candidate for public office.” This rule potentially exposes nonprofit papers to politically motivated complaints to the IRS. For instance, if a paper informs the public of wrongdoing by a politician or politically aligned entity, the subject of that exposé might cry political bias. And in addition to these new concerns, newspapers that are granted nonprofit status still must deal with the problem of falling revenue.

For nonprofit newspapers, that means diversifying their revenue streams, raising money by cultivating relationships with foundations, large donors, and readers willing to make tax-deductible contributions to support journalism. The 2018 direct public offering, or DPO, by Berkeleyside raised $1 million from 355 investors. It also received $3.1 million in backing from Google News Initiative and $3.1 million from the American Journalism Project. Readers can contribute small amounts via a “support” button on the Berkeleyside website. All three support sectors—along with traditional advertising revenue—need to be maximized for nonprofit papers to survive.

Garnering such support will be easier for some papers than others, but there's encouraging news on that front. A 2019 report by Media Impact Funders reveals that philanthropy in support of journalism has grown sharply in the last decade. During that span, community foundations have given $17 million to investigative reporting efforts. As of 2018, nonprofit newsrooms were receiving almost 60% of their budgets from foundations, and 30% from individual donations. It's possible the new, diversified funding model used by nonprofit newspapers still has room for growth.

In the meantime, the trend toward nonprofit conversions could pick up speed. Former Salt Lake Tribune owner and publisher Paul Huntsman revealed to CNN that since his former paper switched to nonprofit status in November 2019, as many as two-dozen publishers, as well as law firms working for publishers, have contacted him to learn details about the process.

If certain political advocates have their way that process could become easier. In mid-2019 Congressman Mark DeSaulnier introduced a bill called the Saving Local News Act, designed to recognize newspapers as a public good and make it easier for them to become nonprofits. The odds of that particular bill becoming law are slim, but among its supporters are the National Newspaper Association, the American Society of News Editors, the Associated Press Media Editors, and numerous other important organizations. As newspapers continue to face pressure, a push toward a legislative fix could gain momentum.

Nevertheless, any political fix could be a case of too little too late. On November 19, 2019, GateHouse Media, which is owned by New Media Investment Group, completed the process of merging with Gannett Company. With GateHouse already in control of nearly 400 papers, and Gannett owning more than 100, the new mega-company now owns one out of every six newspapers in the United States—with layoffs sure to follow across the board. Some observers have expressed alarm, but the background to this huge consolidation is important: Gannett was likely driven into the arms of GateHouse after Alden Global Capital mounted a hostile takeover bid through its subsidiary MNG Group.

The stampede of private equity into the news sector has raised scores of questions, including thorny ones about where the money originates, and whether more than just the profit motive is involved. Chuck Schumer, minority leader in the U.S. Senate, has asked Alden Global Capital to divulge information about the provenance of its funding. Schumer noted that 80% of Alden's clients are “non-U.S. persons,” and that the $536 million fund is based in the Cayman Islands, a taxation avoidance hub where the corporate tax rate stands at 0%.

While some believe Alden is a cloak and dagger operation, reports from Alden-owned newsrooms suggest the company is actually a near non-presence, imposing no agenda at all save that of making money. But this is not much consolation. If indeed the press is the part of the support system of healthy democracies, newspapers being bought, stripped for parts, and the revenue being funneled offshore, does not bode well—particularly since the vacuum is being filled by risk averse, barely regulated tech giants that themselves funnel profits offshore and pay few taxes.

As with such issues as global warming and gender rights, the charitable sector finds itself once again asked to make a crucial difference in an area of tectonic shift in U.S. society. More newspapers will be seeking nonprofit status and going to foundations and donors with hat in hand. At stake could be access for tens of millions of people to information about their communities, cities, and what is being planned in local and state governments. Is there enough money out there to help solve or mitigate the problems traditional papers face? Only time will tell.