Nonprofits and the Quest for Clean Money 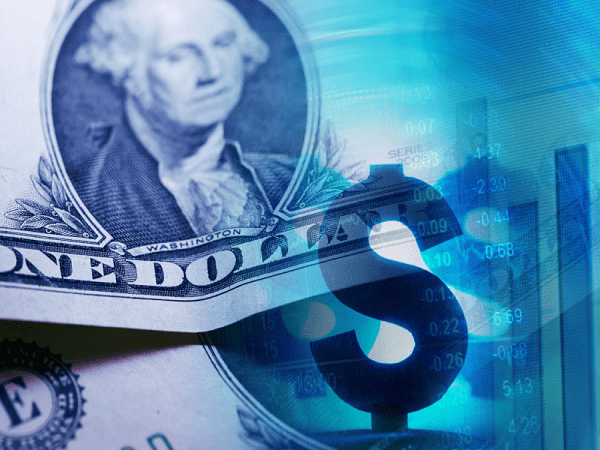 GrantStation's Kevin Peters published an article in May, “Just Say No... to Donations?,” that asked whether nonprofits should be more selective about the donors with whom they partner. Kevin was writing just after New York's Guggenheim Museum and London's National Portrait Gallery and Tate group of galleries banned charitable gifts from the Sackler family, some of whom are owners of Purdue Pharma, the maker of the addictive opioid OxyContin.

Since then another high profile donor—alleged sexual predator Jeffrey Epstein—has moved to the center of the discussion about tainted money. He donated millions to Harvard University and MIT, among other entities. Before Epstein and the Sackler family, Harvey Weinstein and his many donations were the topic, and before him is a list upon which we can find names like Bill Cosby, and companies like 1MDB. In light of these serial discoveries concerning the criminal or problematic backgrounds of so many donors, the question may no longer be whether nonprofits should refuse tainted money, but whether it's possible at all.

How pervasive is the problem?

Italian author Roberto Saviano wrote a blockbuster book in 2013 entitled ZeroZeroZero, and in it he suggested that illegal drug profits, which run to hundreds of billions of dollars yearly, are not adjacent to the global economic system, but are in fact indispensable to it. Antonio Maria Costa, former Executive Director of the United Nations Office on Drugs and Crime, said illegal drug money saved the global banking industry from collapse during the last recession.

Any nonprofit organization would agree that knowingly taking donations generated by the illegal drug trade would be unethical. The Sackler family's drug profits are all, ostensibly, legal. But historically, law has often lagged behind what the public believed to be right. Only a century ago U.S. law agreed that women should not vote, and a century earlier agreed that human beings of African descent could be owned. OxyContin is legal, but there's a growing belief in the nonprofit sector that taking money derived from the trade in prescription opioids is unethical.

Issues like these extend into many industries. Global warming is considered to be an existential crisis for humanity. Given that carbon extraction industries fund think tanks and lobbying groups whose mandate is to slow the social, economic, and political shifts that could save millions of lives, are the dollars donated by extractive industries—many of which go to environmental and conservation causes—okay to take?

The cases of opioid manufacturers and carbon polluters are straightforward. But what about when money filters through the aquifers of the global financial system? When does it become clean, if ever? The British bank HSBC knowingly laundered $881 million worth of money for drug cartels based in Colombia and Mexico. Credible estimates assert that Mexico has endured 115,000 drug related killings since 2008, a fact that makes cartel money both dirty and bloody. But HSBC's various foundations have given away millions in donations. Is it proper to accept the money?

There's a direct link between the legal activities of the Sackler family and its money. In a different way, there's a direct link between the alleged crimes of Jeffrey Epstein and his money. HSBC, on the other hand, is one level removed from the source of wrongdoing. That may make potential decisions about taking the bank's money a bit easier. But what about funder behavior that is less clear cut, or money linked to acts that are generations in the past?

Goldman Sachs is facing criminal prosecution in Malaysia for allegedly helping loot $4.5 billion from the country's sovereign wealth fund 1MDB. The firm was sued in 2014 for losing $1.2 billion of Libya's sovereign fund while raking off $200 million in fees. And it had 537 subsidiaries based in the tax avoidance hub of the Cayman Islands as of 2016, despite not having a single physical office there. Two of JP Morgan Chase's predecessor banks, Citizens' Bank and Canal Bank, profited from selling human beings when slavery was legal.

In the above example we have instances of behavior that are not clear cut. Goldman Sachs won the lawsuit brought by Libya, it may win the lawsuit brought by Malaysia, and basing corporations in the Cayman Islands is legal. The fourth instance, the case of Chase's predecessors, was legal too, but due to its human toll is easy to recognize as heinous. Numerous abolitionist groups thought so at the time. But Chase admitted wrongdoing in 2005, whereas certain other banks that profited from slavery have not. In the last ten years Goldman Sachs and Chase have committed billions to philanthropic initiatives. All things considered, is their money okay?

Is any money really clean?

One thing global warming science has taught us is how interconnected individual and group behavior is to the state of the climate. The capital that fuels the global economy is likewise interconnected. Look deep enough, and a lot of money is dirty. Consider Roberto Saviano's thesis that the global economy can't function without illegal drug money. Then ponder whether money becomes clean when it is removed, locationally or temporally, from the harmful activities that generated it.

Nonprofits cannot realistically know the provenance of every dollar that comes in. Individual secrecy and corporate opaqueness prevent that. The list of toxic donors often grows longer thanks to discoveries by activists or journalists. If money was accepted in good faith before any problems came to light, nonprofits should be in the clear ethically. If the problems are severe enough to galvanize negative public opinion, then it's easy to return a donation at that point. Or is it?

Nonprofits sometimes return money, but what about when there are balance sheet considerations? Is returning money the best idea for a nonprofit when it means scaling back programs? Inevitably in such a situation, opinions will be split. It's also possible certain nonprofits may not be able to return donations at all. Because nonprofits benefit the public, laws in certain states might interpret donated monies as being in effect owned by the public. If so, regulators could prevent the return of donations.

In Britain, when hostesses at the Presidents Club Charitable Trust accused members of its all-male membership of sexual harassment, various charities that had received gifts decided to return them. But several charities' bylaws would not allow it. This led to severe embarrassment, as spokespeople for those charities who had publicly promised to return tainted donations were forced to backtrack. The lesson is to know in advance whether bylaws and external laws allow for the return of donations.

Ironically, in the case of the President's Club, public opinion was in favor of charities keeping the donations. Money can be tainted, but its loss can be viewed by the public as a fitting punishment for a bad donor, or as having passed to more deserving stewards. On the other hand, when pharmaceutical executive Martin Shkreli's 5,000% price hike of a life saving HIV drug came to light, virtually no nonprofit kept the money he had given, and there was little criticism for giving it back. Shkreli became such a villain in the popular imagination that anything associated with him was viewed as radioactive.

The future of donor purity and seeking clean donations

Some observers say that the growing trend of subjecting every donor to the equivalent of an ethical audit is harmful overreach. As an example, Harvard University faces pressure to return a donation from Arthur Sackler, of the above mentioned Sackler family. He died in 1987, eight years before Purdue Pharma marketed and sold OxyContin. But his name alone is enough of a target. Critics of the current drive toward ethical purity say that if today's circumstances had existed in the past there wouldn't be any Carnegie libraries or a Getty Center.

They have a point, but ethical concerns around funding do not look poised to suddenly go into reverse. There are simply no easy answers for nonprofits, and as tricky as the matrix of considerations is now, the future will be even more fraught. Donors are increasingly considered problematic due to lack of transparency. In the public mind transparency equates to honesty, and an unwillingness to conform to standards of openness is, to some, akin to an admission of shady practices. If funders must choose between opacity and a sterling reputation, nonprofits will need to be wary on this front too.

In terms of assessing the giving landscape clearly, nonprofits should remember that the definition of a bad donor is always evolving, and has never been exact anyway. There's clean money from donors that are later tainted, tainted money from tainted donors, and tainted money from clean donors, such as someone giving from an inheritance that was the result of a forebearer's practices. Staying up-to-date with news and reevaluating donation acceptance policies in light of changing public sentiment is helpful. Nonprofits should remember as well that toxicity is sometimes in the eye of the beholder, and those beholders often reside on opposite sides of political divides.

Nonprofits should have a clear conflict-of-interest policy. In some states, like New York, this is required by law. In addition, many experts recommend accepting money only from donors whose missions are a close match. Carbon extraction industries give millions to environmental nonprofits, and the money is sorely needed, but the potential for various sorts of problems is baked into such relationships. Corporations that don't pay taxes, or don't pay livable wages, or actively undermine workers' rights, are other areas where public scrutiny is growing.

Nonprofits should pay attention to diverse voices. In the case of Jeffrey Epstein, women at MIT Media Lab raised red flags but director Joi Ito allegedly overrode their concerns. He eventually resigned under a cloud. The lesson is that problematic behavior is often more visible to those who are sensitive or vulnerable to it. Indigenous groups have been at the forefront of ecological activism since long before the wider public was concerned about carbon extraction. Nonprofits can better anticipate future issues by listening to women and minorities.

The number of nonprofits has grown tremendously during the last twenty years, and they are now a crucial gap filler at a time when government social spending continues to be slashed. With this shift, nonprofits face more pressure. The fall of an individual donor from grace is a common story these days, and the idea that a corporate donor behaved badly is so unsurprising as to be banal. In such a landscape, nonprofits find themselves in a place where their integrity matters to the public more than ever.