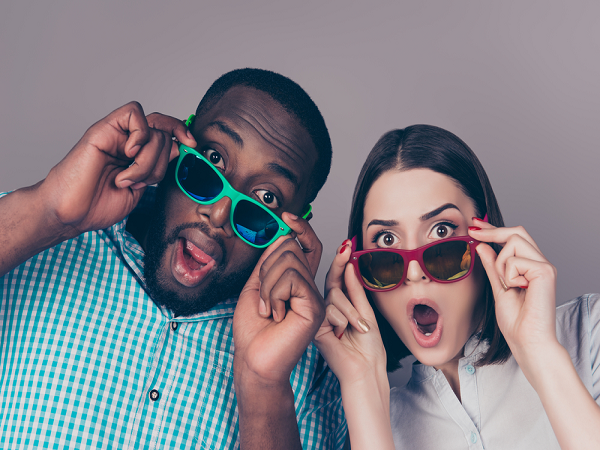 TrendTrack specializes in publishing detailed looks at specific aspects of the charitable giving sector, but in writing articles we contributors often come across curious or interesting data that doesn't make it into our finished pieces. Yet the information is interesting, as well as useful to know. When considered together it is—like the charitable sector itself—more than the sum of its parts. With that in mind, below is a round-up of factoids related to philanthropy and the nonprofit sector.

Giving is contagious
A study by James Fowler and Nicholas Christakis, originally proposed in 2007 and since explored in disciplines as wide ranging as statistics, psychology, and biology, found that altruism inspires others to behave identically. Mathematically speaking, Fowler and Christakis found evidence of a triple multiplier effect—from the original giver to three other people. Their data suggests that each individual in a network of people can ultimately influence dozens or even hundreds of others, even if they have never met them.

Doing good works
About 77 million Americans—30% of the adult population—volunteer. The top four activities in 2017 were fundraising (36%); food collection or distribution (34%); collecting, making, or distributing clothing, crafts, or other goods (26.5%); and mentoring youth (26%). Most people performed their good works for religious organizations (32%), and sport, hobby, cultural, or arts organizations (26%). Smaller percentages directed their efforts toward educational or youth organizations (19%), and civic, political, professional, or international groups (6%).

Charity auctions have long been considered an effective way to get one-percenters to do good. Car auctions are especially effective at opening pockets. In January at a Barrett-Jackson charity auction in Scottsdale, Arizona, a bidder scored a 2019 Ford GT Heritage Edition for $2.5 million, with all the proceeds going to the Southeastern Michigan chapter of the United Way. At the same auction Toyota's first 2020 Supra sold for $2.1 million, which benefitted the American Heart Association and the Bob Woodruff Foundation.

People will occasionally pay for items a bit more esoteric than gaudy street machines. In mid-2018 a notable auction took place on Ebay, in which an anonymous bidder shelled out $3.3 million in order to have lunch with Warren Buffett, the billionaire chairman of Berkshire Hathaway, Inc. The auction proceeds went to the Glide Foundation, a San Francisco charity serving the poor, homeless, and those battling substance abuse.

Global generosity
According to the U.K.-based Charities Aid Foundation, Myanmar is the most generous country in the world, as measured by proportion of the population that gives time, money, and aid. According to the study, 91% of Myanmarese reported that they donated money to charity in 2016. The country's generosity is theorized by many to be linked to its Buddhist culture, in which it is common to give food, money, and various other types of support to monks.

According to Charities Aid Foundation's index, the next most generous countries were Indonesia, Malta, Iceland, Thailand, and New Zealand, all of which saw between 65% and 68% of their populations give to charity in 2016. The top ten is rounded out by the Netherlands, the United Kingdom, Australia, and Canada.

The wealth factor
Of course, metrics used to measure something as nebulous as “most generous” vary. Other methodologies, such as those used by the World Giving Index, place Indonesia at the top of the list. And when measured by total wealth given, the United States is way out front, giving $410 billion in 2017, an amount that was more than the GDP of all but about 40 countries.

It sounds like a lot but...
U.S. corporate giving in 2017 was $20.77 billion, which was an 8% increase from the previous year. That sounds like a lot, but total corporate pre-tax profits in that year was about $2.1 trillion, which means corporations collectively gave about 1% of their profits to charity. To put it in perspective, U.S. companies give less of a percentage of their annual income to charity than regular citizens do—about half as much.

Geographical variations
Different regions of the U.S. give different amounts to charity. According to WalletHub, the least charitable state in the union in 2018 was Nevada, which is rather a surprise, considering all the money taken in at its gambling tables. How much? $1.06 billion in profit, according to the state's Gaming Control Board. That was a nearly 7.5% increase compared to 2017. At the opposite end of the scale, the most generous states were Minnesota, Utah, and New York.

Also in the category of geographical variation is the curious fact that Hinsdale County, Colorado, a region of fewer than 900 permanent residents living in and around a town called Lake City, has the highest ratio of nonprofits to people in the United States. According to data published by academics Robert Christensen and Rebecca Nesbit, for some reason Hinsdale County, billed as “the most remote in the contiguous 48 states” according to the Lake City website, has a nonprofit coverage of 12.65 per 1,000 people.

Christensen and Nesbit's data also shows that nonprofit coverage dips dramatically the farther into the traditional South one goes in the U.S. The vast majority of southern counties have a nonprofit coverage of less than 0.5 per 1,000 people.

The rise of China
According to Forbes magazine, China now has 324 billionaires, up from 64 in 2010 (but down from a high of 372 in 2018). Amongst this wealthy cohort are mega-donors in areas such as medicine and education. And several, such as the high profile couple Tianqiao Chen and Chrissy Luo, who control Shanda Interactive Entertainment Limited, have even added to their focus charitable giving in the U.S., particularly in the area of brain science.

Charitable donations from the top 100 philanthropists in China more than tripled between 2010 and 2016, reaching $4.6 billion. During the decade spanning 2006 to 2016, the number of registered foundations rose to 5,545, a 430% increase. The boost is partly credited to the government's enactment of new charity laws designed to resemble those in the United States. The new legislation eased foundation registration procedures, introduced new tax incentives, and expanded the definition of charitable activities.

Good for a laugh
According to the 2018 report Foundation Giving Trends, in the U.K. the third most prolific independent charitable foundation in terms of cash given was Comic Relief, with nearly £100 million in grants distributed. In addition, the fund possesses another £94 million in assets.

And the not-so-funny
Of the companies listed on Britain's FTSE 100 Index (the 100 companies with the highest market capitalization on the London Stock Exchange), only 26 donated at least 1% of their profits to charity in 2016. On the whole, charitable donations by FTSE 100 companies have fallen 11% since 2014.

Jobs aplenty
There were 1.56 million nonprofits registered with the U.S. Internal Revenue Service as of 2015, and those organizations employed 11.9 million people—or about 10% of the American workforce. But the total number of nonprofits operating in the States is actually unknown. Religious congregations and organizations with less than $5,000 in gross receipts are not required to register with the IRS, which means the 1.56 million figure, as well as the number of people employed, is low.

Not only is the charitable sector a volume employer—it's expanding. The Johns Hopkins Center for Civil Society Studies shows that the nonprofit sector's rate of job growth is more than three times greater than that in the for-profit sector. Between 2007 and 2016, nonprofit employment grew by almost 17% while for-profit employment grew by less than 5%.

Oversight is overlooked
Monitoring of the nonprofit sector is a matter left to individual states, and most states have fewer than three full-time employees working on it. In total, there are a few hundred people charged with overseeing one of the largest employment sectors in the country.

There you have it. If you ever find yourself at a pub quiz and the category is the global nonprofit sector, you're now equipped with enough trivia to help you win. In a field so large and diverse, facts like these come up often. Presenting them in this way, touching on many subjects in brief, can be helpful in stimulating thought and providing a fresh perspective on the field in which we all spend so much time.