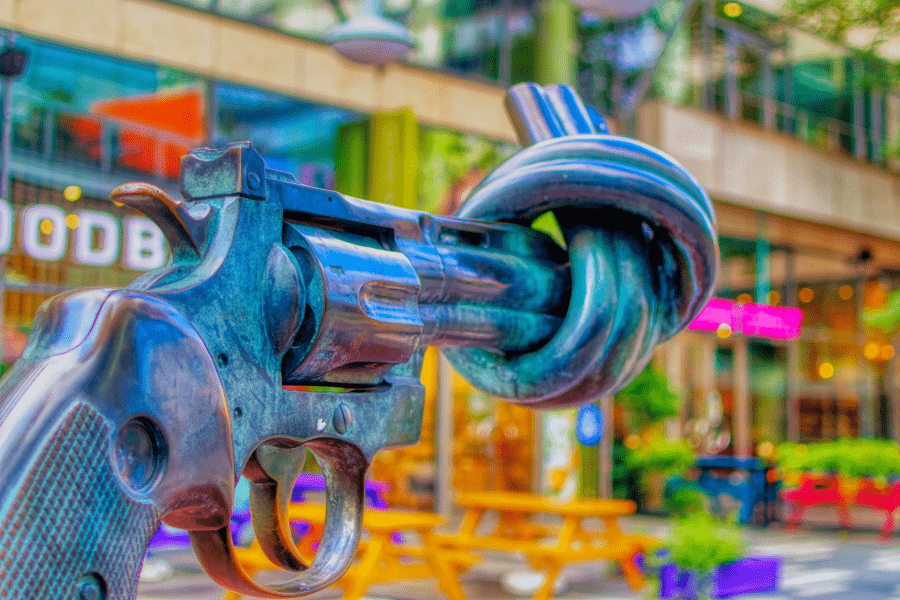 Last month, the nonprofit realm was greeted by the surprising news that the state of New York had filed a lawsuit against the National Rifle Association, seeking the dissolution in its entirety of one of the largest and most influential nonprofits in the U.S. What exactly is the NRA alleged to have done? The majority of the misdeeds involve improper usage of funds, including making extravagant personal purchases. For example, NRA president Wayne LaPierre is accused of using contributions to charter jets to the Bahamas eight times, as well as spending $12,000 to install a relative in a fancy hotel. He's also accused of using funds to buy loyalty and silence.

LaPierre paints the lawsuit as purely partisan, an attack launched by an ambitious Democratic attorney general. The suit comes from the same attorney general's office that prosecuted the Donald J. Trump Foundation for its violations of state laws and forced it to shut down. The current attorney general, Letitia James, ran for office partly on a pledge to prosecute Trump campaign manager Paul Manafort for fraud, and has described the NRA as a terrorist organization.

Yet the NRA has also had troubles from friendly quarters. Former top executive Josh Powell is releasing a highly critical tell-all book, ex-employees have shed unflattering light on the organization's internal practices, and both the U.S. House and Senate have looked askance at the organization's links to convicted Russian spy Maria Butina. An NPR investigation revealed that the NRA's various legal issues have cost the group $100 million over the past two years alone.

Adding to the NRA's difficulties is a second lawsuit moving forward, filed against the ancillary NRA Foundation by the attorney general of Washington D.C. This suit alleges that the Foundation—whose mission is mainly limited to public outreach in order to promote marksmanship and gun safety—funneled millions in donations to the cash-deficient parent organization, which then used the money for non-charitable purposes.

In light of the myriad issues the NRA faces, and the looming possibility of severe penalties or dissolution, it's natural to wonder exactly how common it is for a nonprofit to lose its favorable tax status. The answer is twofold: when it happens it almost always occurs not through an investigation, but procedurally, due to neglecting to file tax paperwork. All 501(c)(3) public charities must file some version of the 990 tax form with the IRS, and failure to do so for three consecutive years triggers an automatic revocation of status. In 2011 the IRS revealed that 275,000 nonprofit groups—about 18% of the U.S. total—had lost their tax-exempt status.

In 2018, Massachusetts-based South Shore Theatre Works had its nonprofit status revoked for failing to file. It turns out these lapses were the tip of an iceberg of further financial irregularities, which is one reason the IRS introduced an automatic revocation procedure—because failure to file is sometimes an indicator of deeper issues within an organization. In the past, nonprofits with gross receipts under $50,000 were exempt from the filing requirement, but even those groups were later obligated to produce a 990-N (e-Postcard) each year in order to stay compliant.

Losing tax-exempt status through the direct actions of regulators is rare. Investigations are sometimes initiated by the IRS or FBI, and other times through state and municipal authorities. Sometimes regulators pile on all at once. International Humanities Center, a California-based fiscal sponsor for more than 200 projects in the U.S. and internationally, was being investigated by the IRS before collapsing in early 2012 and taking with it more than $1 million dollars in donations. Subsequently, investigations were launched by the FBI, the California attorney general, and the Los Angeles district attorney.

Previous to the NRA case, one of the most famous investigations of a nonprofit involved the Church of Scientology, which was probed by the IRS due to suspicions that church funds were being used for the private gain of founder L. Ron Hubbard. The battle began in the 1950s and ended 37 years later in 1993 with an agreement to grant 153 Scientology-related entities in the United States tax exemptions. The details of the deal didn't begin to emerge until several years later, and since have been dissected and criticized for what some see as inexplicable favorability toward the church.

Since that case, the IRS has increasingly given churches the benefit of the doubt. The Johnson Amendment, added to the U.S. tax code in 1954, outlines the limits of political involvement for religious groups, but today thousands of churches engage in activity that is technically banned to varying degrees, from endorsing candidates to organizing voter registration drives. The IRS's habit of looking the other way remains steadfast even when challenged. For example, since 2008 more than 2,000 mainly evangelical groups have deliberately flouted the Johnson Amendment as a form of protest. Despite those violations, the IRS audited only one of the churches, and penalized none.

Calls have increased for this laxity in enforcement to change, particularly during this election season, which has seen some churches behave more boldly than ever. President Trump's January rally at the King Jesus International Ministry, a megachurch in Miami, has generated most of the press, but Vice President Mike Pence's June appearance at a Dallas megachurch was no less overt. The key moment from that event occurred when pastor Robert Jeffress mused that he shouldn't do what he was about to do—then gave Pence an unambiguous political endorsement in front of his congregation.

Not to be outdone, Democratic candidate Joe Biden staged a campaign event at the Experience Christian Center in Orlando, Florida, triggering complaints to the IRS from several observers. But as noted in a previous article here on GrantStation, the IRS has been depleted of staffing and resources for years, and organizational interest in pursuing such matters may be minimal. Any investigation of one church would certainly trigger demands to investigate others, and that's a political quagmire the IRS is probably smart to avoid for the moment.

The NRA lawsuit, coming as it does against a backdrop of minimal federal enforcement of nonprofit tax rules, has been described as a game changer. It is also, inevitably, yet another frayed thread in what appears to be America's ongoing sundering. Though Republicans call the suit a Democratic plot, many of the same GOP officials have been vocal for years about revoking the nonprofit status of universities, which they consider too liberally oriented. In July, President Trump alarmed many observers when he specifically threatened to send the IRS after universities. This sort of targeting would violate federal law, but everything seems to be in flux in 2020.

The NRA suit bears watching for members of the nonprofit community. Regardless of what is proven or disproven in a court case that may drag on for years, there could be long lasting repercussions. The worst of those would be the dawning of a new era of federal- and state-level tax investigations of nonprofits. President Trump weighed specifically into the NRA issue recently by suggesting that the group move to Texas, where presumably the state government would be more welcoming. But the NRA, while based in Virginia, is chartered in New York, and the only way it could leave is with the state attorney general's permission. We can be certain that such permission isn't coming anytime soon.