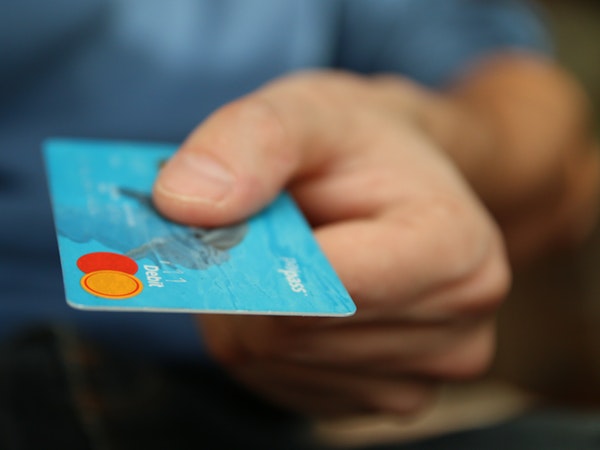 For an assortment of reasons, people in advanced economies are moving away from the use of physical currency in daily life. In the U.S. only 41% of adults say they carry cash regularly. In Britain, research shows that 47% of adults carry fewer than five pounds in cash when they leave home, instead relying on credit or debit cards. By one estimate only 21% of all payments in Britain will be made using cash by 2026.

This is no small matter for charitable organizations, of which there are about 167,000 in Britain. On the whole they raise from the public about £9.7 billion every year, with a large percentage of the total derived from in-person cash collections. But due to the change in Britons' money habits, British charities could lose approximately £80 million per year in donations if they continue to rely solely on cash.

The figure was calculated by Barclaycard, which derived its estimate from survey responses in which 15% of consumers claimed to have walked away from a possible donation in the past year because they were unable to give by card. During the last few years many British charities added contactless donation capabilities, allowing people to tap a credit or debit card on an electronic reader to give money. These devices, now manufactured by at least a dozen companies, have been hailed as the solution for charities.

Initial results of contactless giving confirmed Barclaycard's survey data, spectacularly in some cases. For example, the commerce enablement company NMI, after using contactless donation for a Bristol charity event, issued a November 2018 press release claiming a more than 309% increase in giving compared to a few years earlier. For organizations that have fundraising drives or stage charity events, contactless technology would seem to be an important step forward in an increasingly cashless society.

The trend is set to continue in the U.K., but U.S. charities have been mostly unable to adopt the technology. Some U.S. financial institutions don't even offer contactless cards, but that's about to change. Now Visa and other card issuers are going all-in on the contactless market. According to ABI Research, U.S. contactless card shipments, which numbered 25.7 million in 2016, will reach 229.6 million in 2021. Thus, it's clear Stateside charities will need to factor this style of giving into their future plans.

How does contactless giving work?

Contactless giving is made through a digital box that resembles a standard charity box, and often has a slot for coins and paper money. But rather than donate change or bills, people can opt to donate digitally in increments pre-set by the box's manufacturer or operator. Increments of £1 to £3 are typical, but some charities have had success with higher pre-sets. The boxes, which in the U.K. can be bought or rented, are attractive to charities not only because they're easy for givers to use, but because rounded amounts encourage larger donations.

Typically, the highest increment the boxes handle is £30, but some models also have chip and PIN options. The possibilities of this feature were amply demonstrated when one generous giver famously used a contactless box to donate £1,000 to a charity, which probably would not have happened in a traditional cash giving scenario. In most cases a donor could also simply tap their card on the digital reader multiple times, doubling, tripling, or quadrupling their donation.

Some boxes also collect live data that can be analyzed to improve donation methods. They can determine which locations within an event are better, which campaigns are more effective, and, in some cases, record audio files or photos that can later be texted to givers as thank yous. These photos sometimes end up on social media, which helps charities increase their public profile.

What are the concerns with contactless giving?

But there are difficult issues to consider with this new technology. Contactless donation boxes cost about £450 ($575) each, and with multiple devices often needed for events, the costs can be out of reach for many fundraising budgets. When these costs are fully considered, donation gains are less than some of the more grandiose claims. For example, Barclaycard used more than 100 contactless donation boxes in a 2016 trial, a number that, under normal market conditions, would have cost £25,000, or about $31,000. That was more than the amount of donations collected.

While there's no doubt the boxes could prove profitable for charities over time, not all organizations can wait six months or a year to see net gains from their initial cost outlay. As yet it's too early to determine how the box rental market will develop in the U.S., and it's unclear how much more economical rentals actually are. It's no surprise, then, that some charities have been less thrilled with their results than those achieved in trials.

Data generation is another issue. Digital technology has proven to be a double-edged sword. An early surge of usage and widespread adoption is followed by revelations concerning privacy. Facebook is the obvious example. Cash giving leaves no data imprint, but credit card issuers have a record of a user's card-based charitable giving, and it's safe to assume that data has value. Paired with information about a giver's account balance, a profile of exactly how generous an individual is willing to be emerges, and that information could be extremely useful to third parties.

Lastly, it's important to note that contactless giving could be transitional. Research confirms that mobile payment customers believe their smartphones will soon replace debit cards, credit cards, and cash. One benefit of contactless giving is that it helps encourage more giving from millennials, who are more likely than other age groups to avoid using cash, but ultimately this same group may shift away from cards entirely. Research from Moneymailme reveals that 72% of 18 to 25 year olds would be willing to use their mobile phones for charitable giving.

The lesson for U.S. charities is to proceed carefully, and to keep an eye on how the contactless market  evolves. As contactless cards are finally issued at scale in the U.S. throughout 2019 and beyond, contactless donation boxes will not be far behind. But hype around the technology doesn't mean it's a perfect fit for every organization. Charities may want to consider contactless giving to be part of a mix, rather than a way to generate core donation income.