The Art of the Grant 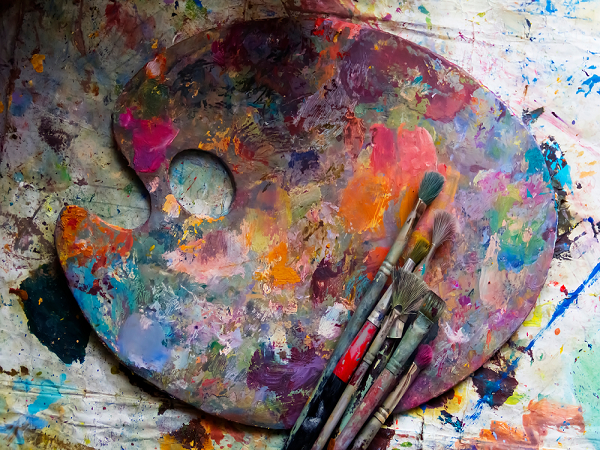 Ask any visual artist, writer, or musician what the hardest part of their job is and most will tell you that simply generating an income sufficient to allow a full-time focus on art is the overwhelming challenge. Grants, fellowships, and residencies are ways professional artists can bridge gaps in funding needed to pursue creative careers, but the grant landscape itself has funding challenges, and the future of arts funding, particularly in the U.S., is difficult to predict.

The Challenge of Creative Careers

Official data confirm that art careers are financially challenging. The average U.S. musician derives only $21,300 annually from music, according to a survey by The Music Industry Research Association. The low pay isn't confined to the United States. In Australia only 6% of artists report being able to sustain themselves exclusively via their art. Even in France, where art is arguably more appreciated than in most countries, a study by five writers’ organizations revealed that more than a third of the highest earning writers needed second jobs to make ends meet.

These sobering facts might make one question the point of working in a creative field at all. But here's the interesting part: a 2018 study by UBS and Art Basel revealed that the global fine art economy grew 12% in the last two years to $63.7 billion in global sales. 2018 music sales rose for the third consecutive year. Book sales went up 5% last year. There is both interest in and money to buy art. But is there money to create it?

Where Is the Support?

With earning power unsteady many artists look for third party support, a tradition that goes back hundreds of years in the form of patronage. Contemporary artists have the option to seek backing via formalized grants. There are numerous sources of cash. Private grants and fellowships provide direct funding, more than a third of public arts agencies offer fiscal assistance, and artist residencies and retreats exist globally.

Residencies are varied in style, but typically involve artists living and working away from home in conditions conducive to creativity. The benefits include focusing exclusively on art, working in facilities purpose-built to nurture artistic output, making connections with peers and non-artist figures important in the art world, and gaining wider audiences through professional exposure. Most residencies last in the range of weeks, but some span years.

An example of a well-regarded art residency is the nine-week program offered by the Skowhegan School of Painting & Sculpture in Skowhegan, Maine. Launched in 1947, the program invites six professional artists to act as mentors to residents, while visiting artists pass through to add their expertise to the mix. This residency is notable for teaching the almost lost art of fresco, the Renaissance era technique of painting on wet plaster that gave the world masterpieces like Michelangelo's Sistine Chapel ceiling.

Another high profile opportunity is the Can Serrat Residency for writers, located near Barcelona, Spain. It lasts from three weeks to three months and is open to all writers, regardless of nationality or age. A bit of research will turn up scores of art funders touting residencies all over the world. GrantStation maintains a database of opportunities and we’ve shared a small selection below.

The advantage of grants over residencies is the ability to remain in a familiar work environment and use grant funds for material needs, for example for art supplies. The competition for grants can be stiff. Despite the difficulty artists have sustaining creative careers, anywhere from 1.4 to 2 million people in the U.S. choose to work in the field, depending on who's doing the counting. When amateurs are taken into account, as many as 10 million U.S. citizens receive at least some income from creating art.

Grants are often highly targeted. This specificity of giving can help creative people choose which offerings are appropriate for their needs. For example, Chicken and Egg Pictures, based in New York City and San Francisco, supports women film directors working on feature-length documentaries. Another example is the Canadian art group CUE, which offers grants to artists and writers in Toronto, Canada, who work on the artistic margins. The small list of grant opportunities below gives an idea of the breadth of possibilities.

The Landscape Ahead in the U.S.

Artists seeking funding from U.S. organizations could soon face greater challenges. Giving to the arts by individuals, foundations, and corporations had been growing for years. In 2015, more than a quarter of the American population donated to an arts, culture, or public broadcasting station. But credible studies by numerous organizations predict a decrease in giving due to tax code changes, something on the order of $13 to $21 billion each year, with concomitant drops to organizations supporting the arts.

Another concern for artists is longstanding targeting of art programs for budget cuts. In the U.S. a proposal was floated to eliminate the National Endowment for the Arts entirely, or cut its budget by 80%. The impact of such a withdrawal of support would have been enormous, but in the end the funding cuts did not materialize—a short-term appropriations bill actually increased the budget.

Yet the threat of cuts to the NEA never subsides for long. Taking an axe to the agency would have unpredictable ripple effects. Because NEA funding serves as a stamp of quality, every dollar of funding is matched by up to nine dollars in outside support, according to research by Aaron Knochel, Assistant Professor of Art Education at Penn State University. Though the NEA doesn't subsidize individuals, its high profile inspires gifts to arts in general, including to organizations that do support individual artists.

But even if the NEA were eliminated entirely, other government agencies remain in the business of funding the arts. The U.S. Forest Service supports folk art and craft exhibitions, as well as art residency programs. And the U.S. Defense Department spends $400 million annually supporting military bands, an amount some note is well over double the federal contribution to the NEA.

Regardless of how the U.S. funding landscape takes shape, for artists seeking to boost their careers the best time to seek support is always the present. Sustaining an art career often requires artists to use their creativity in more ways than one. The grants landscape is an area where sustained effort can pay big dividends.