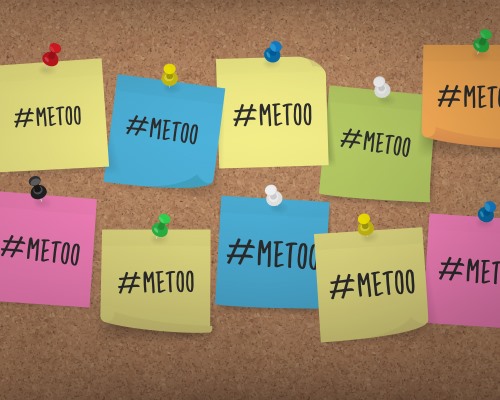 The National Science Foundation (NSF) has a new policy in place that requires organizations receiving grants to inform the NSF if individuals utilizing the funding have committed sexual harassment. The policy is currently within its public-comment period and will then go into effect.

The policy requires organizations "to report findings of sexual harassment, or any other kind of harassment" relating to principal investigators or other grant personnel. Institutions must also report if investigators are placed on administrative leave due to an investigation into or finding of harassment. An NSF official described the new policy as an expansion on the NSF's 2016 statement that required grantees to comply with Title IX requirements.

Many researchers are heralding the move as a positive development. Jessica Cantlon, a lead complainant in a sexual misconduct case at the University of Rochester, said, "This is exactly the kind of transparency and accountability we’ve been looking for. Universities are motivated to reduce financial losses, and will take sexual harassment more seriously when grant money is on the line."

Some observers, however, are worried that the opposite might occur, that the policy will result in less transparency. If funding is tied to being free from harassment charges, would some universities be willing to bury or overlook accusations in order to maintain their funding?

The onus is on universities to conduct their own investigations and to report on the findings. In the past several years, we've seen some parallels in the sports world, with the Jerry Sandusky case at Penn State, the Larry Nassar case at Michigan State, and all of the disturbing allegations at Baylor. In each of these instances, higher-level officials and administrators either turned a blind eye to or actively worked to cover up instances of sexual assault. When money is on the line, we've seen time and again that the people in charge are willing to forgo moral imperatives, even to the point of breaking the law. Ultimately, the success of the NSF's policy will come down to compliance.

Another issue is that different organizations have different definitions of what constitutes sexual harassment. For example, some organizations might consider a relationship between a professor and a student as a sexual harassment policy violation, while others might not. The NSF is not offering guidelines for what constitutes a violation, so it opens up the possibility that one applicant may disqualify itself for behavior that is deemed acceptable at another institution.

Other observers wonder if the policy may affect staffing choices for male principal investigators. Will these individuals choose to bring in more male researchers instead of females, in order to avoid any risk of sexual harassment claims? Of course, people are liable for their own actions, but there is a possibility that this mentality will affect some hiring decisions. As we've seen in some of the pushback to the #MeToo movement, some individuals have claimed confusion over the distinction between what constitutes harassment versus an acceptable interaction, which is why it is imperative that institutions offer clear guidance on their harassment policies, and that they enforce those policies.

Despite these criticisms, many researchers believe the NSF's policy is a step in the right direction. Meg Urry, a professor of astronomy and physics at Yale University, said, "There’s nothing like tying grant dollars to ethical behavior. That will be a tremendous incentive for people to get this right."

If organizations and their researchers are willing to work together, they can help make the research community a better and safer place for women and all researchers. While it's unfortunate that some institutions may require the threat of losing funding to force change, hopefully the policy will soon have more institutions saying that we, too, want to help make the field safer and more inclusive.