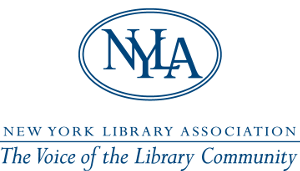 NYLA leads, educates, and advocates for the advancement of the New York library community.

The New York Library Association, popularly called NYLA, was founded in 1890 at the close of the annual convocation of the University of the State of New York. George W. Curtis, distinguished author and Chancellor of the University, Andrew Draper, Superintendent of Public Instruction, and Melvil Dewey, Secretary of the Board of Regents and State Librarian, were the chief sponsors of its organization.

On November 19, 1929, the Board of Regents, for and on behalf of the Education Department of the State of New York, granted a provisional charter incorporating Carl L. Cannon, Florence R. Van Hoesen, Augustus H. Shearer, Joseph D. Ibbotson, William F. Yust, Elizabeth M. Smith, Helena S. LeFevre, Frank L. Tolman, and Esther Johnston, and their associates and successors, as a library association for the purpose of promoting library interests in the State of New York under the corporate name of New York Library Association, Inc., to be located in the City of Buffalo and State of New York, with the persons named as incorporators for its first Board of Trustees, to hold until their successors shall be chosen by the members of the Corporation, with power therein to increase or decrease its membership in such manner and upon such terms as shall be provided for by the general rules of the trustees, and with power with them, from time to time, by unanimous vote of their full Board, to fix their terms of office and their number to be not more than twenty-five nor less than five.

The provisional charter was to be replaced by an absolute charter if within five years the corporation acquired resources and equipment available for its use and support and sufficient and suitable for its chartered purposes in the judgment of the Regents of the University and was maintaining an association of educational usefulness and character satisfactory to them.

It was extended for an additional period of five years on May 16, 1941; and an absolute charter was granted the association on December 20, 1946, continuing the corporation with all its powers, privileges, and duties.

NYLA is affiliated with the American Library Association as the New York Chapter of that national body. Members of the state association include librarians of public, system, school, college and university and many special libraries, library trustees, and friends of libraries. From a membership of 43 in 1890, the association has grown to a vital organization of several thousand members, representing not only the libraries of New York State but also including many members, state and institutional, from all over the United States.

The association was the first statewide organization of librarians in the United States. NYLA has always been devoted to the promotion of the library interests of the entire state. It has to its credit contributed to a notable system of modern libraries throughout the state.