Finding Positives in the Negative During COVID-19 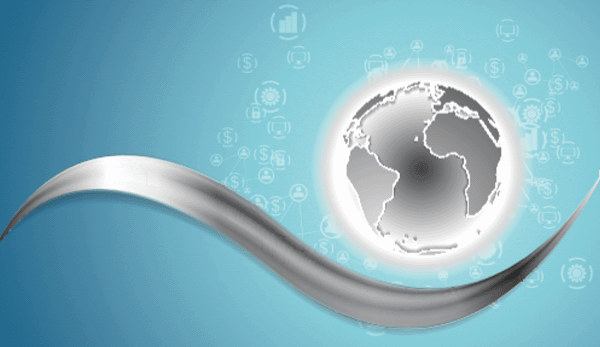 The COVID-19 pandemic has in a short span of time sent our world into flux. Nobody knows what its final shape will be, but with social contact limited, events have been cancelled, spending patterns have changed, and people's personal priorities have radically shifted. No sector of society is immune, certainly not the nonprofit sector. Charitable organizations have lost fundraiser revenue, seen volunteer networks disrupted, and been forced to cut back or shutter programs. Most of the organizations still operating have dispersed their paid staff to work from home.

In addition, many employees have been laid off. Considering the fact that about 10% of U.S. workers are employed at nonprofits, the potential economic impact of layoffs in the sector is huge, and this is coupled with a commensurate rise in demand for nonprofit services. If there's a silver lining at all, it's that nonprofits are experienced at finding positives in the negative. In fact, that basic idea defines many of their missions. GrantStation recently asked nonprofit leaders to share their ideas for delivering their services and fulfilling their missions during this time when everything has changed.

Clearly, replacing fundraising events with direct mail, email, and social media campaigns are widespread and necessary solutions. Facebook, Zoom, and Skype are carrying heavy digital loads. Health nonprofits are moving toward telehealth. The Internet in general has been the salvation of countless organizations, and we understood that fact at the outset. But by contacting various leaders in the sector, we also hoped to learn about specific innovations, digital or otherwise, that they conceived in order to stay connected to the clients whom they serve, as well as donors whose giving helps fuel their operations.

One of the groups we contacted was Music for Everyone (MFE), a Pennsylvania-based nonprofit founded by Dr. John Gerdy. As seen in numerous examples from around the world, people use music to help fill the gap left by the lack of social interaction. MFE cancelled its in-person events, but asked its Music Mentors to create instructional videos kids could watch at home. It also asked musicians to stream live music performances, which MFE sees as not only serving its mission, but as helping musicians earn income to offset lost performance revenue.

Along the same lines, Left Coast Chamber Ensemble of San Francisco decided to livestream a full concert from an empty theatre. It took place before shelter-in-place, but during social distancing restrictions, which meant musicians were required to remain six feet apart. Managing Director Susan Thieme explained that this event brought its usual patrons back into contact with the organization digitally, as well as a large number of people who couldn't or wouldn't normally have attended in person.

“ Ultimately more people were able to participate than just those who would have come to the venue.”

This approach has been echoed by other nonprofits, with similar results. Some quotes: “Ultimately more people were able to participate than just those who would have come to the venue.” And, “This has increased capacity for each event.” While the various benefits of going digital have been well documented, some nonprofits would not have made the move if not for the current crisis. Doing so confirmed what they'd heard but hadn't yet put into practice, and the experience will shape their programming and fundraising work moving forward. Something positive came from the negative.

It isn't only music nonprofits that have made the digital leap. It was a natural for counseling and physical fitness organizations as well. Turnstone Center for Children and Adults with Disabilities, based in Fort Wayne, Indiana, moved toward virtual physical therapy. Their digital session with yoga teacher Rebekah Worpell pulled in more than 1,900 views. Turnstone's Chief Development Officer Rena Shown commented, “We are excited about the possibilities of producing digital content because we believe that the long-term benefits will be just as—and maybe more—important than the short-term benefits during the COVID-19 crisis.”

This has also proved true for nonprofits in the education sector. With thousands of in-person classes cancelled, the ranks of online learners have swelled. Tiers Free Academy, which operates an alternative diploma program for sex trafficking survivors, homeless LGBTQ youth, and high school dropouts, canceled its in-person GED testing locations in March, but saw its enrollment requests more than quintuple. Other education nonprofits revamped their missions. For example, San Francisco-based EducationSuperHighway shifted from building broadband infrastructure in schools to partnering with 1Million Project to provide broadband for thousands of low-income students sheltering at home. Forming partnerships in this way can help nonprofits refine their goals and take a proactive approach to the COVID-19 crisis. Even informal contact between nonprofits can bear fruit. While countless staffs at the forefront of the crisis are overburdened, other workers have been idled and may be willing to lend a hand on a volunteer basis to strained organizations.

The approaches we've highlighted so far are mostly digital. While most nonprofits have well developed digital capacities, their missions may not allow for easy pivots to online services. Such cases require physical solutions. One nonprofit described how it had created a staff of runners whose jobs were to shuttle items to workers still present in the nonprofit's shelter. Another organization we contacted runs a meals-on-wheels style program and was forced to cut back food deliveries from five days a week to two. Many such organizations have been thrown into difficulty due to losing access to donated food from restaurants. Internal staff losses have taken a further bite. In order to counter this, the aforementioned nonprofit began delivering frozen meals to cover lost delivery days.

Other basic goods nonprofits have shifted to a drive-through model, which can be easier said than done. Trisha Bunce, Development Manager of Oklahoma City-based Infant Crisis Services, explained how her organization managed it. “Clients call to make a same day appointment and are given a fifteen-minute window to arrive and get in a drive-through line. Cars pull through our loading portico, a coordinator gathers basic info from about eight feet away. The food needs and diaper sizes are reported to staff inside who select and bag the inventory, take it outside, place all bags on a six-foot table that is set up in the portico, then go back inside. Once staff is inside, parents can get out of the car and load their items. We are able to serve up to 100 clients in a 4-5 hour period.”

“ Clients call to make a same day appointment and are given a fifteen-minute window to arrive and get in a drive-through line." -Trisha Bunce | Infant Crisis Services

The same approach has worked for non-basic goods as well. Bay School Community Arts Center, located in Matthews, Virginia, had its teachers make kits containing supplies and instructions for arts and crafts projects. Executive Director Pam Doss described how these were placed in Ziploc bags and made available for pick-up outside its facility. In order to maintain contact with clients and donors, and continue to publicize its services, the school has recorded virtual tours of its gallery. For arts and culture nonprofits that possess the resources, posting digital content may be the best method to offset, at least partly, the loss of in-person visitors.

The U.S. Space Walk of Fame Foundation, which operates a museum called the American Space Museum & Space Walk of Fame, has gone a step farther with its digital solution. It has begun posting a daily virtual event on Facebook Live called "Stay Curious." During the program a staffer talks about that day in space history, focuses on a subject relating to artifacts in the museum, gives talks about astronomy, answers questions from viewers, and welcomes occasional guest experts. As crisis-related pivots go, this is one of the most nimble we saw.

More swift pivots came from animal welfare nonprofits. All have been hit hard by the crisis. Many have stopped taking in animals because there has been no outflow of adoptions. But some of those that place foster animals have asked people to consider the benefits of doing so while stuck at home. Numerous branches of the Humane Society have touted the advantages of quarantining with a furry friend, and newspapers across the U.S., including the Los Angeles Times, published lists of organizations where people could find companionship to help them ride out the crisis.

In the area of financial services, the Rocky Mountain MicroFinance Institute made many shifts due to the crisis, among those a three-month moratorium on loan repayments. Such a move acknowledges the reality of lost income for clients, but also signals solidarity with the community as a whole, and the setting aside of narrow interests. This is no small thing. Temporary amnesty for debts is a subject much discussed in recent weeks, but it may not be enacted on an effective scale. The Institute is also gathering information about the business impact of COVID-19 in order to help its clients develop longer term financial plans.

Long-term preparation for whatever may be on the horizon is a common theme we came across. There's plenty of talk in political circles about “getting back to normal,” but on-the-ground reality for nonprofits may be permanently altered. Music for Everyone has crafted two future budgets—one for a typical fiscal year, and one for a coronavirus altered year. Or as John Gerdy put it, budgets for a best case and a worst case scenario. “In short,” he said, “given the uncertainty of the situation, we need to consider the fact that this next year may be a lean one.”

While some nonprofits have been able to adapt at least somewhat to COVID-19, the increase in need has many organizations at the breaking point or beyond. It's difficult to move in a new direction when every bit of effort is being expended on just staying afloat. A recent article in Forbes cited the example of the Cincinnati Jewish Federation, which before COVID-19 delivered on average 52,000 meals a year to homebound and vulnerable seniors, but for a single week in mid-April distributed more than 5,000. The challenges of the current environment are many, but whatever decisions nonprofits make will be contingent upon time, staffing, equipment, resources, and most of all, safety.

If necessity is the mother of invention, COVID-19 is going to require ingenious solutions as well as unprecedented support. Legislatively, there's been some limited monetary relief made available by Congress, but a late-April decision by the Department of Labor impacting the costs of unemployment benefits for certain tax-exempt employers showed that not every sector of government is reading from the same playbook. The decision has been labeled “breathtakingly cruel” by the Council of Nonprofits, but what it also shows in the broad sense, is that there is no smooth sailing toward calmer waters at the moment. Nonprofits will need to be creative, determined, and hopeful to get through this unprecedented time.