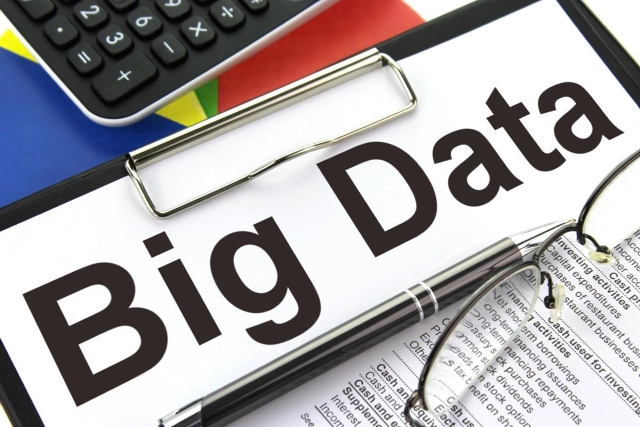 I came to Alaska in 1993 seeking new experiences and adventures in the mountains and wilderness. It turns out that one of my greatest adventures was launching GrantStation. After spending the first few years working around the state in the commercial fishing and oil industries, I decided to pursue my interest in helping organizations leverage technology to be more successful. In 1997 I joined Cindy and team to help lead the statewide sales and marketing for BigData, the original online database of funders that she had built specifically for Alaska nonprofits.

After a few years of hard work we had developed some raving fans and were generating revenue in the six figures. I recall one of our early nonprofit clients gushing over the fact that with BigData she was able to find a half-dozen potential grantmakers in twenty minutes—when she was previously used to spending days in the library searching through publications and oftentimes coming up empty.  It was clear we were providing an extremely valuable service, and it was gratifying to see the power of the Internet enabling the nonprofit sector. Eventually we had nearly 4% of all nonprofits in Alaska subscribing to our service. Even more impressive was the fact that we were an online service that actually generated revenue. This was unique in those days and we were a unicorn amongst the dot-com madness of the late 90s and early 2000s.

Expanding to all 50 states

Based upon those first few years we validated that there was strong need in the market and that this type of service was significantly helping to increase the fundraising capability of the nonprofit community. We concluded that we had a great opportunity to expand nationally and help all U.S. nonprofits tap into the roughly $30B in grants awarded annually by foundations and corporate giving programs. So after a lot of thought and discussion we decided to launch the service nationally. This would require dedicated focus on delivering online services—and a lot of money. We decided to create a brand new company, and in September 1999 we incorporated GrantStation.com, Inc. We funded our initial operations through investments from Julie, Toni, Cindy, me—and a handful of early angels.

In order to have a presence in the "big city" and tap into the larger talent pool we opened a second office on Ship Creek in Anchorage. I hired a staff of five people who initially supported Julie on funder research and publication, and eventually expanded to lead sales and customer success. We had a great little team there: Cricket, Eric, Tracy, Christie, Sage, and an intern named Jackie who wrote a song about how our growing company was "hot like Kung Pao Chicken." The cabin in Fairbanks still remained the soul of the company and this is where the big decisions were made. In fact, I vividly remember many sessions in that cabin with Toni, Julie, and Cindy whiteboarding on a piece of poster paper taped to the front of the vintage refrigerator. The cabin was great for fostering creativity and innovation!

To support the expansion into all 50 states we would need to completely re-architect and expand the database and website. The original BigData database had been written in FileMaker Pro, which had been sufficient for the original scope of Alaska but was not optimized for the expanded complexity of supporting all 50 states. We also planned to enhance the funder profiles and search functionality. This meant we needed to build an entirely new data model and database. We also needed to build an administrative backend for editing and publishing funder profiles, managing subscribers, and enabling online payments. We also planned to add new products and services to the website, including funding strategy tools and online education modules. This was no small project.

While I had a good understanding of technology applications, I did not have a deep technical background. Since we didn't have technical resources on staff, we decided to find a long-term technology partner that would handle all of the technical and website development.  We created a thorough technical requirements document that outlined our primary objectives and detailed the specific search and website functionality we needed. We solicited proposals from a number of technology and web development companies and received three formal proposals.

A little context and history is important here. At the time we were launching GrantStation, the U.S was at the very peak of the dot-com bubble. Of course no one knew this at the time. There were lots of investors eager to invest in any dot-com company at pretty much any valuation, especially if it had a .com suffix in its name. I attended a Bootcamp for Startups conference in Seattle and was shocked to see attendees walking around wearing sandwich boards with deal terms on it. Crazy! At the time I just thought this is how they roll in the lower-48. It seemed that everyone was either starting a .com or hanging out a shingle as a "developer" regardless of experience or credentials. This, along with the fact that there was a lot of demand for these services, made it particularly challenging to find a technology partner for the development work.

Fortunately we eventually found a company that had done a number of successful projects for some fairly big name companies. Surprisingly, they were based in Branson, MO. So Cindy and I flew down to Branson to meet the team. If you've never been to Branson, it's quite an experience. It's a rather small town—but holy cats the LIGHTS! It was kind of like a mini-Vegas with a very unique blend of entertainers. (Remember Wayne Newton? Yup.) Pretty much everything on the menu was chicken-fried in some way. We also learned what Bald Knobbers were. Next time you talk to Cindy ask her about it. :) We spent a few days there with the technology partner vetting their work and reviewing our requirements. We felt confident about their capabilities, established a good rapport, and decided to move forward with them.

Constraints of time and money are always two of the biggest challenges of a startup. GrantStation couldn't start "doing business" until we had completed the new database and website. This put an immense amount of pressure on us and our technology partner to complete the project. Our partner estimated a project timeframe of 60-90 days. In hindsight this makes me chuckle. Just like a home remodel, there are always unforeseen challenges and issues that crop up. And, because there was a ton of business out there during the dot-com boom, we had a hard time keeping our partner focused on our project, which meant that it took twice as long as planned. We just had to keep our eye on the prize and do what was needed to get the site built. I even learned to write HTML code and built webpages for the site on weekends. Those were tough days, but we persevered through it all and completed the new website and funder database. (For those nostalgic geeks: the site was developed using Visual Basic 6.0 and ran on Windows NT, Internet Information Server 4.0, and Microsoft Transaction Server.)

Going LIVE with a website stirs up massively mixed emotions. There is the stress and pressure of getting everything completed and ready for launch. There's the immense excitement and anticipation of going live and officially being in business. And then there's the fear and anxiety.

All of these questions were the motivation for relentlessly checking/double-checking and testing/retesting in the days leading up to launch. Fortunately, we had done our homework and our launch went off without a hitch. Signing up our first new subscriber is a moment we'll never forget.

We initially rolled out our services in 16 Western states and were heavily focused on driving sales through telemarketing and direct email. We were making good progress in building our subscriber base and growing revenues when we identified a new online player offering services similar to ours. They had a great site and offering, and what appeared to be a huge team. Our initial reaction was "Oh crap." But upon researching further we saw that their current offering only covered the Eastern part of the U.S. I thought there may be an opportunity to partner together, so I developed a connection with their Chief Operating Officer.

I learned that they had raised about $4M from a venture capital firm, had invested millions in a J2EE platform, and had about 40 people on staff. The VC firm had told them to spend the money as quickly as possible, and grow as quickly as possible. (That was the mantra in the dot-com era.) On the flip side, we had bootstrapped our little company with less than $1M in equity investments and debt. Even more interesting was the fact that our offering and geographic coverage was much further along—and they saw that. We had a number of conversations and our relationship evolved to the point where they wanted to discuss a potential investment or merger/acquisition. We were open to discussions as we needed additional funding to fuel our expansion. The COO scheduled a call with Cindy and me, and on the morning of that call the COO starts the conversion with, "I know we got on this call to discuss our potential investment in GrantStation…but I have some shocking news for you…" He proceeded to tell us that the VC firm decided they wanted to replace the Founder/CEO, who said, "Fine, but you need to give me my golden parachute.” The VC firm refused and ultimately pulled all remaining funding. The COO was instructed to let everyone go and liquidate all assets by end of the week. Close the doors permanently.

Bootstrapping has its benefits. After that experience and the ensuing dot.com meltdown we decided to stay on our slow, steady growth path that has enabled GrantStation to be successful today. 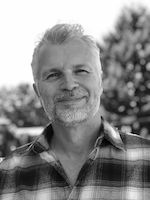 Steve Schellong was a co-founder of GrantStation and served as COO/CTO where he led sales, business development, product/website development, and operations. After successfully launching GrantStation he joined Microsoft where he spent the past 16 years leading enterprise sales teams and helping customers leverage technology to realize their full potential. He has continued to remain actively involved with startups as an angel investor and advisor. He currently lives in Seattle, WA with his wife, Ally, and daughter, Sylvi where they enjoy the mountains, ocean, and connecting with friends and family at their Tahuya beach cabin on the shores of Hood Canal. You will also find them avidly cheering on the Seattle Seahawks.