Leading a Nonprofit Organization During the Pandemic (NEW)

If you are in a senior leadership role in a nonprofit organization during this pandemic, chances are you are experiencing tremendous anxiety. Why? First of all, we all are. According to a CDC survey released in August 2020, anxiety levels in the U.S. are, on average, three times higher than they were a year ago. Yet your anxiety may be even higher. Why?

As a nonprofit leader, there’s a lot to be uncertain about. You may be asking yourself questions such as “How will we meet payroll?” and “Our staff and volunteers are wondering what will happen next and we are unsure how to answer them?” and so on. You support so many people—staff, volunteers, board members, clients—but where do you go for support? In this cutting-edge webinar, Dr. Anthony Silard, CEO of The Global Leadership Institute and the President of The Center for Social Leadership, will share strategies to help you maintain and build your poise, determination, and leadership abilities in the largest public health crisis of our lifetimes.

You will receive two GrantStation emails:

1. A copy of your paid invoice
2. A confirmation email for the webinar with the login credentials

GrantStation does not refund registration fees. Fees may be applied to any webinar scheduled within 30 days.

All webinars are recorded. You will receive the recording and accompanying resource materials within 72 hours of the event.

Anthony Silard, Ph.D., is the CEO of The Global Leadership Institute and the President of The Center for Social Leadership. He was once named Visionary of the Year, and featured at the Presidential Summit for America’s Future and America’s Promise. As a leadership trainer, Anthony has coached thousands of CEOs and senior executives of Fortune 100 companies, small businesses, and the world’s largest nonprofits such as GE, Disney, Nokia, Bank of America, IBM, CARE, Save the Children, The United Way, and the American Red Cross. He has also coached political leaders, including G-20 cabinet ministers.

Anthony holds a Ph.D. in leadership from IESE Business School, which hereceived with First-Class/Excellent Distinction. He also holds a Master’s in Public Policy focused on leadership from Harvard University and has received two of Harvard’s most prestigious awards, the Robert F. Kennedy Public Service Award and the Manuel Carballo Memorial Award. His leadership
programs have helped thousands of people in over 40 countries to create positive, breakthrough personal and social change in their lives and the lives of others. 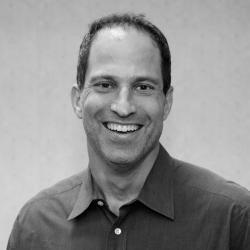