Conservation Funding After the LWCF 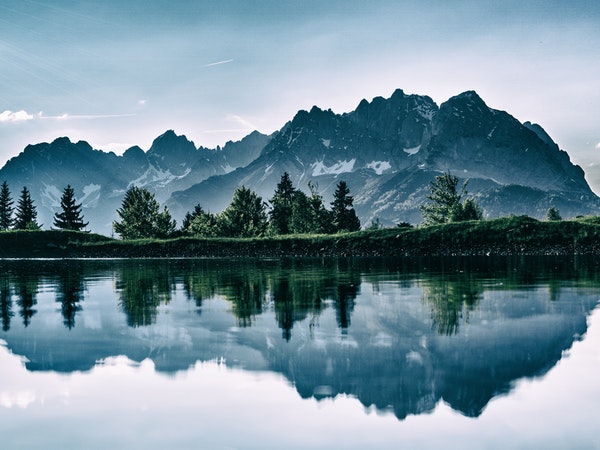 On the last day of September the Land and Water Conservation Fund (LWCF), which was instrumental in purchasing and preserving parks, national forests, wildlife refuges, and monuments across the United States since 1964, expired when the U.S. Congress declined to renew it. The Fund derived its budget from fees paid by oil and natural gas companies for energy extraction rights on the continental shelf. A smaller amount of money came from the sale of surplus federal lands and a tax on motorboat fuel.

The resultant cash pool was statutorily capped at $900 million per year, but in recent years averaged somewhere between $300 and $400 million. One portion of this money was used to purchase land and place it under federal protection, while the other portion was made available as matching grants to state governments, which could direct it toward state agencies, cities, counties, and Indian tribes.

A detailed summary of LWCF projects would take years to read. In Oregon it helped fund more than 40,000 state projects totaling nearly $4 billion, and New Mexico received $312 million dollars for more than 1,200 projects. In Alaska the Fund was instrumental in a project to remove an obsolete dam on the Eklutna River that had blocked migrating salmon since 1929.

While the LWCF greatly impacted western states, its reach extended the length and breadth of the U.S. In Virginia it helped protect Civil War battlefields, and in Maine it protected coastal forests. In Florida it helped preserve the Indian River Lagoon, while Nashville used LWCF cash to help create Riverfront Park, the jewel in the crown of its makeover of the downtown area. More than 98% of counties in the U.S. have a park funded by the LWCF.

Though the Fund is dead at the moment, a resurrection isn't out of the question. On October 2 the U.S. Senate Energy and Natural Resources Committee voted for permanent reauthorization at the $900 million annual cap that was set in 1978. And in the House of Representatives legislation to reauthorize the LWCF passed the Natural Resources Committee in September. However, no action will be taken on either measure until Congress returns to session in mid-November.

It's clear, based on the fact that two reauthorization bills came out of separate congressional committees, that the LWCF has some bipartisan backing. When it expired in 2015 Congress quickly reauthorized it for three years. But that reauthorization occurred under a presidential administration that was receptive to environmental advocates. The current administration is not; it floated a plan in February to reduce the LWCF by 90%.

Many states, such as Maryland, Georgia, and Maine, are still accepting grant applications, but grantseekers should consider back-up strategies for the future, because at this stage it's simply too early to tell how the LWCF will fare in November. Either bill could fall victim to congressional gridlock—a distinct possibility after the midterm elections. Luckily, in the event that the LWCF doesn't return there remain scores of foundations focused principally upon environmental protection, and the amount of money available runs into the billions of dollars.

Where Can Environmental Grantseekers Turn?

In some ways there has never been a better time for environmental organizations to look for grant money. Even in the U.S., where public opinion has lagged behind the rest of the world, people who understand that climate change is a real threat have grown to outnumber those who don't, and disinterest about the environment is fast dissipating. It was very likely going to take widespread environmental crisis to focus the public's attention. That day seems to have arrived.

Money is being pledged to environmental issues in increasingly greater amounts. Although the environmental sector accounts for a mere 3% of total giving in the U.S., recent research from the Center for Effective Philanthropy reveals that more than 200 foundation presidents believe the philanthropic sector should place climate change at the top of its agenda.

In September at the Global Action Climate Summit 29 funders collectively promised to pour $4 billion over the next five years into climate action. Hewlett Foundation president Larry Kramer commented that the pledge was the launch of a push “to reach out to even wider communities of funders who haven’t even necessarily thought about making climate one of their top priorities.”

Climate change is the overarching environmental issue of our time, but in order to achieve the end goal of carbon reduction climate funders are increasingly targeting niche issues. Many foundations have pledged money to support causes like indigenous land rights as a way to mitigate climate change. With 24% of greenhouse gas emissions coming from agriculture, deforestation, and other land use, conservation at the local level is beginning to be seen as a key piece of the larger puzzle.

Grantseekers working in areas as diverse as recycling, local food, and environmental justice may find climate funders more receptive than ever before to smaller scale action. Groups like the Alaska Conservation Foundation have redirected efforts increasingly toward local indigenous groups and city governments. The William and Flora Hewlett Foundation has given to a small bike sharing program in the Silicon Valley. The Richard King Mellon Foundation also works on projects as small as creating trails and enhancing parks.

The possibilities are plentiful. A search in the “Environment and Animals” category on Grantstation.com currently brings up more than 1,700 results. Searches can also be directed toward organizations that work in more focused areas, such as “endangered species,” “air/water quality,” and “watershed protection.” The large number of funders, as well as the amount of available cash, is destined to increase, according to the assessments of many observers. Combined with the possible reauthorization of The Land and Water Conservation Fund, a dark autumn for environmental advocates could turn into a bright future.