The Old Man and the Search for Grants 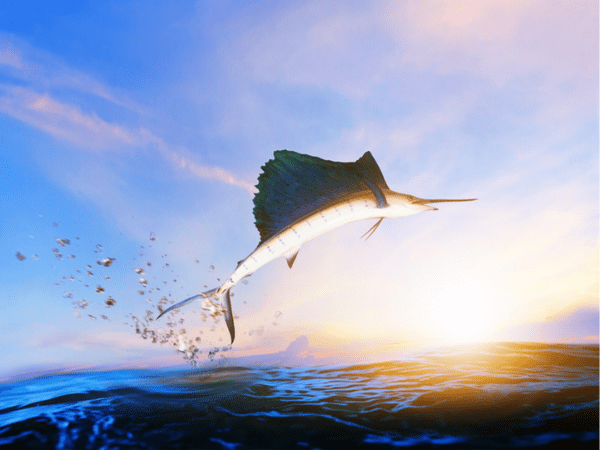 He was an old man who searched for grants alone in a small office by the bay and he had gone 276 days now without getting a grant. In the first four months a young volunteer had been with him. But after four months without a grant, the volunteer's parents had told her that the old man was now definitely and finally the worst form of unlucky, and the volunteer had gone at their suggestion to another nonprofit nearby which scored three good grants in the first three months. It made the volunteer sad to see the old man come in each day with his mailbox for grant replies empty, and she always went to the office to see if she could help collate some applications or maybe do some light copyediting. Some days the papers on the desk were scattered randomly, and looked like flags of permanent defeat.

The old man was thin and gaunt with deep wrinkles in the back of his neck. Calluses from many years at a keyboard made his fingertips look oddly large. Thin scars from decades of papercuts ran up the edges of his fingers. But none of these scars were fresh. They were as old as the fissures in a desert.

Everything about him was old except his eyes and they were the same color as the pen with which he signed his grant applications and were cheerful and undefeated. “Old man,” the volunteer said to him as they walked toward the office. “I could work with you again. We’ve gotten some grants at the other nonprofit and I have some experience.”

“No,” the old man said. “You’re with a lucky nonprofit. Stay with them.”

“But remember how you went 276 days without a grant and then we got one a month for three months.” “I remember,” the old man said. “I know you did not leave me because you doubted.”

They talked of grants for a while until the dusk turned to darkness.

The volunteer came one day with news. She would be leaving the bay for a paid position several towns over. The old man shook her hand. He gave the volunteer his favorite pen. "Someone gave it to me once," the old man said. The volunteer tried to decline but old men rarely take no for an answer.

The old man wanted to wish the volunteer many grants in the future. But he did not say that because he knew that if you said a good thing it might not happen. He smiled warmly. Then the volunteer was gone.

No one should be alone in their old age, he thought. But it is unavoidable.

I wish I still had the volunteer, he thought.

More days passed. The old man heard back from one foundation. The letter was brief and its answer unmistakable. He had come up empty again.

Perhaps I should not have been a grantseeker, he thought. But that was the thing that I was born for. Tomorrow I will try once more. Every day is a new day. It is better to be lucky. But I would rather be exact. Then when luck comes you are ready. I may not be as strong as I think, but I know many tricks and I have resolution.

It had been several weeks when the volunteer showed up again at the bay. The old man felt a tingling somewhere back behind his eyes but held his composure.

The volunteer pointed out the different portions of the site. The databases. Tutorials. Webinars. His hand moved as fast as it had in days long since gone.

He paused as his hand knotted up. The old man flexed it slowly. I hate a cramp, he thought. It is a treachery of one's own body.

As the old man worked loose his hand, the volunteer pointed to one final link. "State of Grantseeking," the volunteer said. "They have found that on average, if you apply for three grants, you will get one of them."

"Then I am not an average man," the old man said.

I must not think nonsense, he thought. Luck is a thing that comes in many forms and who can recognize her? I wish I had found this site of grants earlier, he thought. I wish too many things.

The time came for the volunteer to leave once again. “Good luck, old man.”

The old man, who had made a career of digging through Form 990s, the government's tax documents for funders, did not immediately understand the full extent of the website. It was not quite like the grantseeking he had known.

He took a webinar. A friendly man and a friendly woman walked him through the things he previously had not known. He now had a new pen and it felt unfamiliar in his hands, but it took notes just the same. He wrote and he learned.

He was an old man who searched for grants alone in a small office by the bay and he had gone 342 days now without getting a grant.

The old man made his coffee as he did every morning and took in the clean early morning smell of the ocean. The day was the same as every day until it was different.

He opened his email and saw the message from a foundation. His heart did a little patter and he was reminded of his birthdays when he was young, when he would open the mailbox and see a card from his grandmother. But those cards were always good news.

He walked away from the computer before opening the email and stood in the doorway. He missed the volunteer. He sipped his coffee and took a deep breath and returned to the screen.

He clicked and then his face contorted in a way it rarely did when the volunteer was not around. A smile.

The old man had read Hemingway once, in school. How many years past had that been? His memory wavered. A book about a fish and a man seeking what he desperately needs. It did not end happily, like the movies of his youth. The main character catches his fish, yes, but then loses it. Sharks. But he sleeps well that night.

I will tend this grant well, thought the old man. With this grant I will continue to make a difference. And one good grant shall beget another.

His callused hands returned to the keyboard and began the search for the next grant. The moment had taken much out of him and soon his face fell to the keyboard. He was still sleeping on his face an hour later when the volunteer arrived and stood watching him. The old man was dreaming about grants.

The old man had left the acceptance email open on his screen side by side with his next grant search. The volunteer read the message and smiled and took out the old man's pen which she carried with her always. She found a pad of paper on the table by the door. She wanted to wish the old man many more grants in the future. But she did not write that because she knew that if you said a good thing it might not happen. She put pen to paper. To the next fish in the sea.

The volunteer left the note near the old man's head and walked out into the misty afternoon.