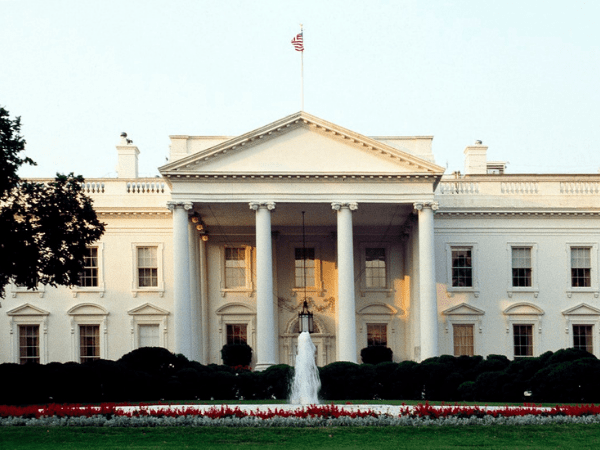 Plenty of news has emanated lately from the nexus of government and the nonprofit sector. In recent months GrantStation has discussed President Joe Biden's For the People Act and its effect on nonprofits, how nonprofits have clashed over voting rights, and the lawsuit launched by the State of New York against the NRA. In March, the nonprofit membership organization Independent Sector produced a set of policy recommendations for the Biden administration. Among those was the suggestion to create within the Executive Office of the President an office for nonprofits, which Independent Sector suggests be called the White House Office on the Nonprofit Sector.

But these agencies didn't last. Obama's Office of Social Innovation and Civic Participation ended with the arrival of President Donald Trump, which wasn't a surprise. But what was a surprise was that the Trump administration went on to neglect the Office of Faith-Based and Neighborhood Partnerships, which went without an appointment to its directorship, and was inadequately staffed to the point that its website went down. Biden recently resurrected this office via Executive Order, but the rationale for a more expansive White House Office on the Nonprofit Sector makes sense to many people in the nonprofit realm.

We all know the numbers, but in this context they bear repeating: according to Independent Sector the U.S. nonprofit sector represents over a million organizations, with 12 million employees, 20 million board members, 63 million volunteers, and 170 million donors, and it contributes $1 trillion to the economy. Numbers on all these items vary, but whichever analysis one chooses it's hard to overstate the immense importance of the nonprofit sector to the U.S.

In addition, the nonprofit sector works closely with numerous federal agencies, including the Internal Revenue Service and the Federal Communications Commission. The restored Office of Social Innovation and Civic Participation, for example, is expected to interface with the Attorney General on constitutional and statutory questions. A permanent White House Office on the Nonprofit Sector would, by its very nature, surpass in scope any similar government agency previously created.

What might an Office on the Nonprofit Sector do?

Back in 2008, social entrepreneur and policymaker Michele Jolin made a case for the creation of an office which she called the White House Office of Social Innovation and Impact. Her ideas would later influence President Obama's creation of the Office of Social Innovation and Civic Participation. The agency Jolin envisioned could, she said, “improve access to growth capital for high performing nonprofits or social entrepreneurs ready to expand their reach,” could “provide seed capital to create a pipeline of innovations,” and could “invest in tools to determine what works.”

Jolin also imagined that her office could foster partnerships with the education sector to encourage and prepare students for careers in the nonprofit realm. She noted that student loan debt was a barrier for graduates interested in taking that path, and proposed ensuring that student loan debt didn't prevent qualified people from choosing nonprofit careers. She also thought her office might “catalyze large scale, multi-sector problem solving by creating an annual multi-million-dollar prize for developing the most creative, sustainable, and high impact solutions to defined social challenges.” Jolin even thought about the international reach of her office, suggesting that it could help U.S. nonprofits replicate successful ideas in other countries.

Independent Sector, meanwhile, recommends that the office it has proposed “play a policy and partnership coordination role, providing leadership to a network of agency leads.” The policy aspect seems straightforward enough. The office could recommend and advocate for laws and regulations that would assist nonprofit groups in performing their missions, relay needs and wants to the government, and act as a warehouse for ideas from the sector. In terms of partnership coordination, the office could help nonprofits work with each other toward agreed-upon goals, facilitate cross-sector linkages with the corporate realm, and assist the government and nonprofit sectors in aligning preparations for and responses to natural disasters and national crises such as the COVID-19 pandemic.

Yet another function such an office could perform, also mentioned in the Independent Sector memo, would be “collecting and disseminating disaggregated data and research relevant to strengthening the sector.” An example of this might be data from 990 tax filings. A certain amount of research on 900s is performed by various interested entities, but exhaustive breakdowns of the data are rare, which limits its value for nonprofit researchers, grant proposal writers, and other workers in the sector. Even the IRS does only limited research on 990s. An Office of the Nonprofit Sector might also perform functions similar to that of the Congressional Budget Office, employing economists with specific expertise on the nonprofit sector to analyze the fiscal impact of policy proposals. It could offer technical assistance to the legions who write proposals seeking government grants. The list goes on.

The value of the intangible

The most crucial benefit provided by an Office on the Nonprofit Sector could be in the area of access. Any D.C. politico would agree that this is one of the most important factors for influencing policy. Of course, certain types of nonprofits already have voices. Economic think tanks that advocate for lower corporate taxes, fewer regulations, and curtailed social spending have major influence. Unions have some influence on the Democratic Party. Religious groups find plenty of sympathetic federal ears. But nonprofits as everyday people understand them—those that focus on social services meant to improve lives—are considered by many to be underrepresented in Washington, D.C. The scales could be tilted a bit by a new government nonprofit office—if it were equitably structured and run, and if it were an integral part of White House domestic and economic policy discussions.

But the roadside is littered with ideas that tripped over a big if. Back in 2009, when President Obama began launching his nonprofit related initiatives, he talked inclusively about the U.S. having numerous problems and the situation requiring “all hands on deck,” but other language coming from his administration made nonprofit figures wary that he was seeking to co-opt the sector as a de facto branch of government. Independent Sector stresses that true representation for nonprofits is a key to its proposals. In short, a new federal nonprofit office would only serve the nonprofit sector well if nonprofit leaders have a leading voice.

On current trajectories, the social and economic issues faced by everyday Americans show few signs of abatement, which means presidents will have to grapple with them for the foreseeable future. But at the time of this writing the Biden administration had not yet agreed to Independent Sector's proposal. Considering that Republicans adhere to a doctrine of smaller government, particularly as it relates to social services, there's no guarantee that any Biden-created office would survive the next Republican presidency. Nevertheless, many observers believe that the nonprofit sector's reach and economic importance, as well as its track record of innovation and success across decades, are compelling arguments for finally elevating it to a permanent place within the Executive Office.