Cry Me a River of Donations 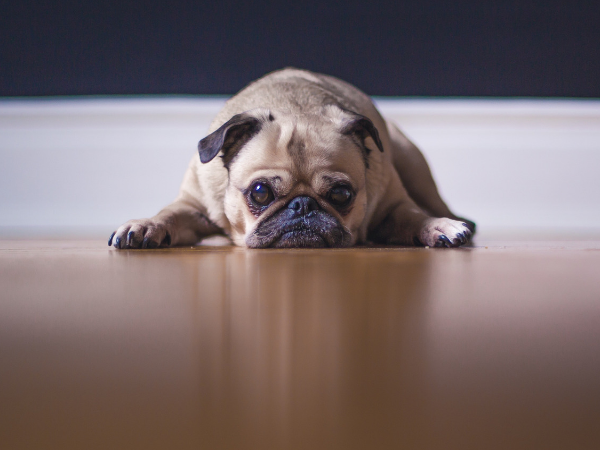 During the commercial break, you look down at your phone, but then the gentle piano tones of a Sarah McLachlan song make you raise your head to the television. Images of lonely animals come, one after another, across the screen. A single tear starts to roll down your cheek. Maybe now is the time to donate to the ASPCA? "Where did I put my checkbook?" you think, as the piano fades out and an overly loud commercial about some new brand of gum starts to blare over the TV speakers.

The commercials are deeply affecting. McLachlan herself admitted to being overwhelmed by their emotional impact: "I can't watch them! It kills me." And they were deeply effective. The commercial first aired in 2007 and in the first two years helped raise $30 million.

This appeal to emotion worked for the ASPCA. But will it work for your organization?

In December in the Journal of Advertising Research, Jaywant Singh, Benedetta Crisafulli, and La Toya Quamina looked at "How Intensity of Cause-Related Marketing Guilt Appeals Influences Consumers." (A brief overview recently appeared in the Chronicle of Philanthropy.) In the study, the authors created two different video advertisements that were shown to a group of 250 British consumers: one about child hunger featuring a high level of "guilt appeal," with images of starving children and dramatically heightened language, and the other about childhood cancer, attempting to evoke a lower level of guilt through images of recovering children and less dramatic language.

The authors found that the advertisement seeking to create less guilt in its viewers was seen more positively. The viewers became suspicious of the other video's motives, and therefore questioned how committed the organization was to the cause.

The ASPCA had a lot of success with their highly emotional video; what was the difference here? When playing with emotion, a delicate balance must be found. Sometimes, the creators of these appeals "may be using a bludgeon and going too broad when trying to be purposeful, ultimately leading to ineffective—and sometimes publicly disastrous—campaigns." Some marketers dial the emotion up too far, and the results end up being the opposite of what was intended.

Consumers know when they are viewing a commercial or other marketing attempt, but different audiences have different levels of understanding of exactly how the marketers are trying to coerce them into a certain emotion. This level of understanding is referred to as "persuasion knowledge," the degree of awareness a potential donor has about the ways in which they are being marketed to.

So you need to know your audience. A nationwide campaign like the ASPCA's can have a broad appeal to emotion. It will work on some viewers and fail on others, but they are reaching so many people that the appeal can be effective overall. If you have a much smaller audience, you can feel the loss of even one potential donor if your appeal is not carefully crafted. In these cases, you may want to keep the emotion a little more in check.

It is also important to be genuine. Obviously, the level of emotion is going to be different when crafting an appeal for an after-school sports program than when creating an appeal for a program helping children with a terminal disease. But even for marketing attempts related to programs for the ill children, there is a point where potential viewers may feel like you've gone too far. No one wants to feel like they're being manipulated.

Getting your marketing right may take a bit of trial and error. Fortunately, in this era of data, you can easily track the effectiveness of your marketing attempts. If you are using an email system such as MailChimp, you can set up A/B testing to see which approach is more effective: you can send two otherwise similar emails with different levels of emotional appeal and see which one gets a better response. Does your specific audience respond better to more or less emotion? The data will show you.