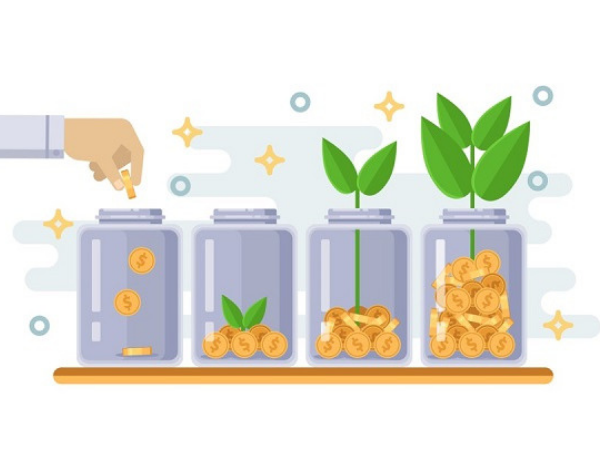 Three years on from the Paris Agreement on the climate, global carbon dioxide emissions continue to rise. Despite the consensus of over 99% of climate scientists that humans have warmed and continue to warm Earth's climate, denial persists in numerous governments. The U.S. has announced its intent to abandon the Paris Agreement, and a proposed 31% reduction to the 2020 budget of the Environmental Protection Agency looms, a move that would cut nearly $650 million in funding for environmental and restorative efforts.

Despite intransigence to environmental funding at the executive level, in the vast and amorphous federal budget dollars for green initiatives still exist. For example, even in the face of EPA cuts, a bill called America’s Transportation Infrastructure Act of 2019 has been put together by Congress with support from both parties. It is the largest piece of highway legislation in U.S. history and if passed would supply billions in new funding for reducing carbon emissions, including grants for electric car charging infrastructure along interstate highways.

Of the total allocation, most of the money would go toward reinforcing transportation modes that are part of the global climate problem, so the bill is by no means a victory. It reflects the political tug-of-war between climate change denial and the winning economics of new green infrastructure. There's no way to make up the environmental funding shortfall expected to result from a 31% EPA budget cut, but there are places environmental nonprofits can turn.

Some examples of new state and city programs

At the state and municipal levels grants for tackling climate change are springing up with increasing frequency, for projects large and small. In the state of California, the Parks and Water Bond Act of 2018 freed up $39 million for green infrastructure competitive grants. Local agencies, nonprofit organizations, non-governmental land conservation organizations, and Native American tribes can apply through January 2020.

In Massachusetts, the Municipal Vulnerability Preparedness Program was launched two years ago via executive order by Governor Charlie Baker, and this year made $10 million in grants available to state municipalities. This will be the highest amount of climate change funding disbursed in the state's history. The program aims to provide $1.3 billion over ten years to invest in green infrastructure and nature-based solutions for a changing climate.

In New York City, the New York Community Trust offers grants to assist with the installation of green rooftops. Studies indicate that gardens on urban rooftops can not only reduce municipal energy usage for cooling, but reduce and clean stormwater runoff. New York City has about 62 square miles of rooftops—enough to make a huge difference in regard to cooling and purification, as well helping buildings hold in heat during the winters.

San Francisco has a large grant program administered by its Water Power and Sewer department that offers awards in the millions of dollars for rainwater related infrastructure such as bioswales or rain gardens, permeable pavements, cisterns, and vegetated or green roofs, all of which cleanse contaminants from runoff before it flows into streams, rivers, and oceans.

Federal policy matters, but these and other recent state and regional grant programs are extremely important. If California were a country its economy would rank fifth in the world, so decisions made at the state level have a huge impact there, as well as in other densely populated, high GDP states such as New York (13th largest global economy), and Illinois (22nd).

Private environmental funding on the rise

Last year the Nature Conservancy, with aid from the Doris Duke Foundation, launched the Natural Climate Solutions Accelerator Grant, which focuses on ideas such as reforestation, planting cover crops, and restoring coastlines, with the goal of sequestering greenhouse gases. The next round of these grants will occur in 2020, and the amounts range up $250,000 per project.

Not all new environmental funders are focused on infrastructure. Activism is also a high growth area. The Climate Emergency Fund is a new grant program aimed at groups engaged in nonviolent but disruptive protest, with money to support materials, salaries, office space, and even bullhorns. The Fund, whose main backer is oil heiress Aileen Getty, intends to raise tens of millions of dollars to support a wide array of groups, and takes the stance that, in light of warnings from scientists that time will soon run out to keep global warming below 1.5 or even 2 degrees, drastic action is required.

Another advocacy group is the Climate and Clean Energy Equity Fund, which invests in climate leadership and voter engagement, and mobilizes diverse communities and indigenous groups in the climate struggle. The Fund was created by the New Venture Fund and works in Florida, Minnesota, New Mexico, Pennsylvania, and Virginia, but is included here because of its plans to double its budget and expand to additional states.

Bloomberg Philanthropies, which operates on multiple climate change fronts, has set up a group called the Climate Finance Leadership Initiative (CFLI), a coalition of more than forty organizations who will invest in clean energy and climate solutions around the world. The approach is to work toward the goals of the Paris Agreement by making “'financial flows consistent with a pathway towards low greenhouse gas emissions and climate-resilient development,” which means making green investment attractive to corporations.

But Bloomberg also focuses on pure advocacy. The group Beyond Carbon, which it launched in June, is dedicated to mobilizing voters concerned about global warming, tracking climate policies state by state, and electing state and local officials who accept climate science. Beyond Carbon claims to be the largest-ever coordinated campaign to fight the climate crisis in the U.S., and brought Bloomberg’s total investment in climate change initiatives to $1 billion.

All of these are just a few examples of the growing number of environmental funders. Some new programs state that they came into existence specifically to fill the gap left by the retreat of the U.S. government under its current leadership. Obviously, all of this money is a drop in the bucket of what is needed to mitigate climate change, but it at least means there is hope for environmental nonprofits trying to weather the storm of current U.S. policy. Valuable time has been lost in the climate fight, but the political pendulum swings both ways. If the rising tide of climate change funders have their way, Washington, DC, will soon follow their lead into a lower carbon future.