How to Reel in Small Donors 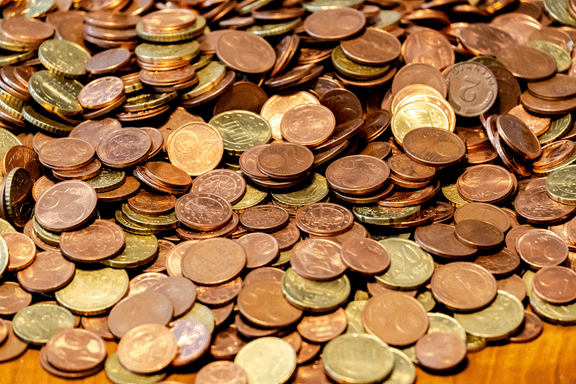 Melville's classic Moby-Dick is a timeless tale of obsession. Ahab's need for revenge against the creature that maimed him is all-consuming. He must settle the score with his white whale; this desire shapes his every thought and action.

In fundraising, we may also find ourselves chasing "white whales" in the form of large donors who always seem just out of reach. While it would be ideal for any organization to have a donor who gives large sums year after year, that is not a quest that will come to fruition for many.

Whales may be impressive, but as Ahab and the others aboard the Pequod found out, the quest for them is fraught with difficulties. If Ahab had foregone his revenge, the men of the ship could have lived long lives hunting smaller quarry.

Similarly, your organization should not forget about the small donors. Added together, they can be a large portion of your fundraising. Unfortunately, they may be getting harder to find. Previously, I looked at a review of charitable giving in 2018, which found that the number of households that made donations in 2018 decreased, even though the proportion of giving made up of large gifts increased. So there were more big gifts, but fewer donors overall. Much has been written about going after large donors, but how do you capture the smaller ones, especially as they seem to be disappearing?

Keep in mind that much like entry-level cars that hook buyers into a brand for life, some donors may "try out" small donations to a nonprofit before settling in to larger donations. Therefore, there is no such thing as "more important" donors; your organization should make sure that every donor feels seen and appreciated. Bloomerang has a nice breakdown of how you can thank small donors, as well as how you can use them as a source of information to improve your fundraising in the future. However, even though you should treat both your small and large donors with respect, you don't necessarily need to pursue them in the same way. There is a different skill set to getting large and small donations.

In your marketing, you can target your language to these smaller donors. Words that imply "small" can tell these donors that it's okay if they don't give a large amount. "Every penny helps." "Even five cents a day, less than $20 a year, can make a difference." "Your small donation can go a long way." You want to do your best to remove any stigma around a small donation. Some potential donors might feel like their small donation couldn't possibly make a difference; you need to overcome that perception.

It's also important to overcome physical barriers to giving. If I'm donating $5,000, I'm bringing a check or initiating a bank transfer. But that's probably not the case if I'm only giving $25. While there was once a time that many of these donations were made by cash or check, most of us don't keep our checkbooks with us at all times anymore, and we are past the days where "cash is king." Many of us are probably sitting around with zero physical dollars in our pockets right now.

GrantStation has previously discussed contactless donation boxes, which allow donors to quickly make a donation with a credit card. (In perhaps the cutest implementation of the technology yet, Blue Cross put tap-pay devices on dogs. Give them a pet and a donation!) If you don't have that option, you should consider having a Square reader or some other credit card system on hand. In the near future, people will also likely enjoy the benefit of using their phone's NFC technology to make a donation, no cash or card required.

Once you get a donor to contribute even a small amount, then you must work on keeping him or her as a donor in the future. Some people will increase their donations as the years go by. But even if their donation stays the same size, a recurring small donation is better than a one-and-done. But retaining donors isn't just about offering thanks. It's about keeping them updated on your progress toward your goals so they can see how their donations have helped. You can invite them to meetings or gatherings so they feel personally involved. Surveys and other direct questions can also help create this feeling of involvement. Donors are more likely to stick around if they feel like they are actually a part of something, not just a dollar amount on a spreadsheet. And that is true no matter how much they've donated.

As we saw with Ahab, his desire for one thing and one thing alone led to his downfall. In fundraising, passion is good, but we should extend that passion to donors of all sizes. It will help keep the boat afloat.