Inside the Department of the Interior's Grantmaking Directives 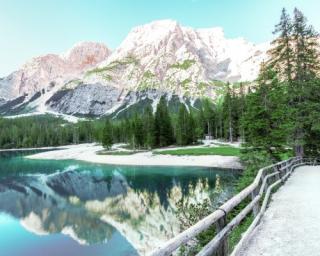 In October, we discussed how the EPA had put a political operative in charge of reviewing all grant requests. In that instance, a member of the EPA's public affairs office, an individual without a science or environmental background, was scouring grant applications for any mention of "climate change."

Secretary of the Interior Ryan Zinke is also not a fan of "climate change." And now his department is taking some steps similar to the EPA. In early January, the Washington Post reported that the Department of the Interior (DOI) "has adopted a new screening process for the discretionary grants it makes to outside groups, instructing staff to ensure those awards 'promote the priorities' of the Trump administration." The process and priorities are described in a Department directive dated December 28.

While some of the listed priorities seem fairly benign, such as "creating a conservation stewardship legacy second only to Teddy Roosevelt" (no explanation is given for why they don't want a legacy greater than Teddy's), others call for further extraction and use of natural resources and ways to monetize federal lands or open them up to private endeavors. Other frequent White House talking points such as securing the southern border and pushing for regulatory reductions are also included.

The Department's directive also states that the DOI is seeking to "redistribute organizational resources (people and funding)." This priority is in line with previous reports that the DOI has shifted quite a few employees, in some cases from their areas of expertise into more menial jobs. One individual, who filed a whisteblower case, alleged that he was removed from his position analyzing how rising sea levels affect Arctic villages because of his views on climate change.

The Post reported that any grant awards of over $50,000 would be sent to the office of Scott J. Cameron, the DOI's principal deputy assistant secretary for policy, management, and budget, for approval by one of his aides. These grant proposals would then be weighed against the points described in the new directive.

Some observers fear that the additional scrutiny offers a "backdoor" way to stop funding to projects that the Department's leadership disagrees with. Even before this additional guidance, studies were being shut down by administrators. For example, a pair of studies that conflicted with the administration's goal of increasing domestic production of fossil fuels were shut down, citing vague expense concerns. Critics of the new directive think it will offer additional opportunities to shut down legitimate scientific projects due to political concerns.

Every administration puts its own mark on the departments it oversees. With each regime change, it is up to the grantseekers to adapt their application strategy to provide the greatest likelihood of success.

In our Editing and Revision series, we've offered guidance (link requires GrantStation Membership) on how to gear your writing toward the funder's expectations. For example, as mentioned in our EPA article, if the funder doesn’t want to hear about climate change, and you really want the grant, you probably shouldn’t talk about climate change. In some cases, this might require some creative descriptions of your program, but it could help you to secure grant funding.

By arming yourself with knowledge of the DOI's policies and modes of thought, you can adjust your grant application in ways that will best survive the extra degrees of scrutiny.

And whether you agree with the Department's policies or not, you can always show your approval or disapproval by contacting your elected representatives and by going to the ballot box. Your vote is your voice.