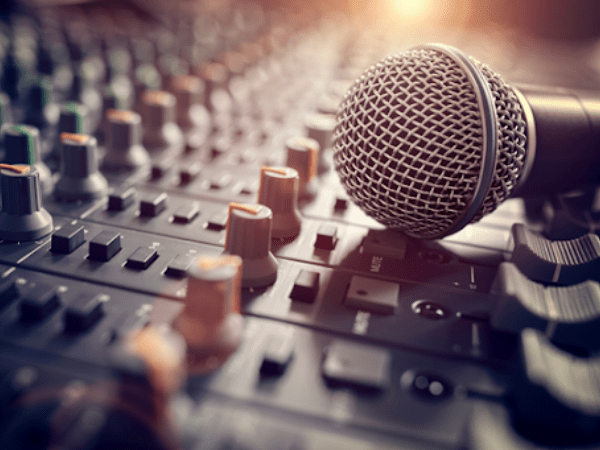 If you live in the United States, depending on your location, if you happen to search your radio dial you'll encounter numerous broadcasts but also plenty of static. Those bands of white noise represent stretches of the radio spectrum where a station could exist but doesn't. The Federal Communications Commission has announced that a new application period for noncommercial educational (NCE) FM radio licenses will open later this year, offering applicants the opportunity to claim some of these frequencies below 92.1 on the FM dial. The period runs one week, from November 2 to November 9.

The filing window represents a rare opportunity for nonprofit community groups to get their voices on the airwaves in an increasingly monopolistic FM radio realm. The FCC periodically opens these windows, with the process managed by the Audio Division of the FCC's Media Bureau, which in addition to NCE FM stations regulates full power AM stations, low power non-commercial FM (LPFM) stations, and FM translator and booster stations. Application windows open individually and the process for each must be completed before another opens.

The last NCE FM window opened in February 2010, but involved a limited number of already existing openings. The last full filing window was in 2007, and brought in about 3,600 applications. The upcoming opportunity will likely bring another large influx of applicants for various reasons, foremost the time elapsed since the last filing window, but also the fact that the rules for filing have been simplified. As of 2020, the FCC pegged the number of existing NCE FM stations at 4,195. It sounds like a lot, and it is. Nationwide the urban dial is packed, or close to it. However, applicants will find numerous opportunities in rural communities, which often have incomplete lower dial occupancy.

Applicants must qualify as educational, a requirement with considerable leeway by FCC terms. Nonprofit organizations in general qualify, as can entities such as community groups, public health organizations, and faith-based organizations. Government or nonprofit educational institutions, such as public or private schools, or state or private universities can also qualify. Other qualifying groups might include government or nonprofit entities providing local public safety or transportation service, such as volunteer fire departments or state transportation authorities. And importantly, Indigenous groups, which tend to have less developed digital infrastructure in areas where they live, and thus have a greater reliance upon radio communications, also can qualify.

While NCE stations can't generate profit, they can be underwritten, which is to say, they can accept contributions from businesses and individuals, and acknowledge those on air. Many NCE stations have developed a reach far beyond their communities—even in a radio market dominated by corporate FM stations—thanks to Internet streaming. Some are quite well known: KCRW in Santa Monica, CA; KGNU in Boulder, CO; and KBOO in Portland, OR, come to mind. And there's Pacifica Foundation, which owns and operates a group of NCE stations and provides programming to a network of approximately 180 affiliates.

Next on the agenda for the FCC after the NCE application period will be a filing window for LPFM frequencies, which broadcast locally at no more than 100 watts. The FCC hasn't announced a date, only that this window will arrive in turn after the NCE window closes and all the associated application processing and license granting is completed. The wait is a necessity. If the FCC were to rush the process, new LPFM stations could find their signals drowned by new NCE stations, which have more wattage and range. It could take a year for everything related to NCE applications to be properly settled.

The last LPFM window opened in 2013. More than 2,800 applications from nonprofits, labor unions, schools, Indigenous communities, churches, environmentalists, and other groups in all fifty states and Puerto Rico helped fuel the largest expansion of community radio in history. Many observers were fearful that year would be the last window, but their pessimism looks as if it was misplaced. Even so, it's a fair bet that these will be the last NCE and LPFM windows for at least another decade, or possibly longer.

The origins of NCE FM radio go back to 1938, when the FCC began reserving spectrum for that purpose. In 1941 it authorized the creation of five NCE stations. LPFM radio, by contrast, is recent. It was created in 2000. Powerful broadcast corporations such as Clear Channel reacted by claiming new bandwidths would interfere with already established frequencies. Their lobbying resulted in LPFM licenses being restricted to areas far outside urban centers. It took a decade of grassroots advocacy in Washington, DC, to reverse that decision, resulting in a piece of legislation called the Local Community Radio Act, which finally passed in 2010, paving the way for subsequent radio expansions.

The range of groups that received LPFM licenses in 2013 came from all areas of the nonprofit spectrum. The New Orleans Society for Infectious Disease Awareness (NOSIDA) launched WHIV, which broadcasts music and other programming while raising awareness about HIV, working toward destigmatizing the illness, encouraging testing, and, more broadly, advocating for human rights and social justice. WHIV has dealt with topics ranging from health and reproductive justice to issues of importance to Haitian immigrants.

Another example comes from The South Carolina Lowcountry Gullah Peoples Movement, which founded WKWQ, also known as Gullah Peoples Radio, as an extension of its mission to preserve the culture of the Gullah people. The station broadcasts from Beaufort, SC, and in addition to music has local and national news, editorials, social commentaries, and church-related programming. With the Gullah people facing encroachment from development, commercialization, and rising sea levels, the radio station acts as a crucial information source and hub of discussion and debate.

There are hundreds more examples of diverse groups that launched noncommercial radio stations. Regardless of their specific missions, in general they shared the belief that corporate radio was inadequate to the task of addressing critical cultural or political needs within their communities. The fact that the U.S. government, in today's era of conglomerated radio and wildly expanding corporate power, continues to reserve frequencies for small broadcasters is a sometimes overlooked but extremely important aspect of the nation's democracy. Without reserved noncommercial frequencies, important groups such as NOSIDA and the South Carolina Lowcountry Gullah Peoples Movement would have exponentially less reach and influence.

Nonprofits looking to successfully obtain NCE FM licenses have almost certainly initiated preparations to do so already, as the process takes considerable time, many months of detailed work, and assistance from experts such as radio engineers and lawyers. LPFM licenses are simpler to apply for, and such stations are easier and cheaper to operate, but over-the-air reach at 100 watts is limited to three to five miles. However, with the filing window not upcoming for a while, nonprofits that possess the capability and will to expand their reach in this way have plenty of time to organize. Those that do so would not only be helping themselves, but acting as exemplars of participatory democracy.