Philanthropy in an Era of Crisis 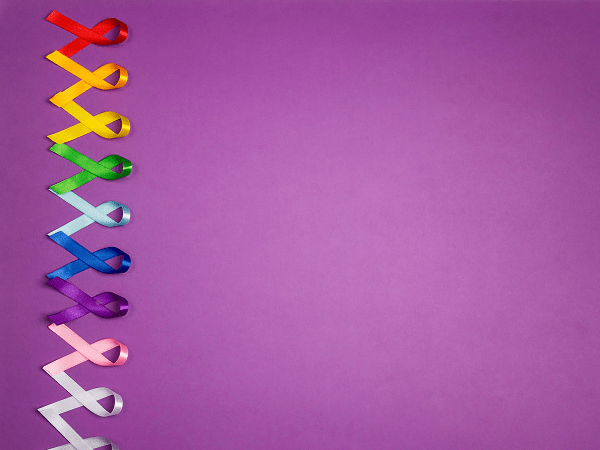 It’s a standard quip when assessing the previous year: “So, that didn’t go great.” 2022 has arrived, bringing hopes of starting from scratch and waving goodbye to the recent past. The last several years have been a time of increasing upheaval and division in the United States, and many people hope to turn the page on the entire era. In the midst of all the recent political chaos, social unrest, and widespread disagreement over the very nature of facts, Americans seem to feel similarly on one major point: the country is getting worse. A recent Today poll put at 71% the segment of people who feel the U.S. is “headed in the wrong direction.”

Each day throughout the U.S., nonprofit organizations work in areas such as affordable housing and homelessness, reproductive and elder care, youth intervention, and other safety net services critical to society. In addition to private grants and donations, these groups rely greatly upon government contracts, but the trend in government budgets at every level is to cut. This has been true for forty years, since the Reagan era arrived and Americans voted for the proposition that government was not the solution, but the problem. The tide has finally shifted on that issue. Today most Americans agree that government has a responsibility to improve life for citizens in areas ranging from education to health insurance to retirement income.

President Joe Biden’s Build Back Better plan was meant to address various environmental, infrastructural, and social issues. The bill at first asked for $3 trillion, then $1.75, but now it has died in its original form, though more Americans support the legislation than oppose it. Biden has hinted that it could be revived and revised in the coming weeks. But even if it passes, and at whatever price tag, it will amount to a couple of stitches on a gushing wound of need. $1.75 trillion, for example, would have totaled about 1% of U.S. GDP over a ten-year span.

The inability of the federal government to address the needs of everyday Americans is certainly a major contributor to citizen dissatisfaction. Many public figures seem to think nonprofits can step into the breach. Scores of politicians have suggested that giving should take place mainly through the church. Former Wisconsin congressman and vice-presidential candidate Paul Ryan for years touted a plan to deregulate faith-based groups so that they could take on the work of programs ranging from food stamps to housing. His ideas never gathered enough support to be enacted, and studies have shown that the nonprofit sector greatly lacks the resources to make up for government spending. Ryan’s proposal was, in effect, a massive cut to social services.

Where will funding come from?

A recent article by Bruce DeBosky in The Denver Post suggested it was time for “moonshot” philanthropy. Some of the many the challenges he lists facing society are gun violence, income inequality, environmental degradation, and threats to democracy. The idea of moonshot or long shot philanthropy has been written about on other outlets as well, including GrantStation. The idea is attractive, even utopian, but behind it lurks the fear that society is losing ground on multiple fronts. The very term moonshot implies very long odds and a sense of desperate urgency.

It’s a given that moonshot funding would have to come largely from billionaires. But even with the recent increase in billionaire philanthropy and the headlines generated by their megagifts, few knowledgeable observers believe generous billionaires can replace government involvement. And in reality, of course, billionaires are not exceedingly generous anyway. The amounts dazzle, but even by the most favorable interpretation, billionaires give only as much percentagewise—not more—than normal people. Many analyses say they give far less. In either case, statistics usually don’t distinguish giving meant to benefit society as opposed to other types. In the realm of charity data, giving to a group advocating for lower corporate taxes or increased voter restrictions is the same as giving to a housing nonprofit.

The wealth of the 400 richest Americans grew by 40% in 2021, to $4.5 trillion. The richest of those, including Jeff Bezos, Elon Musk, and 154 others, have thus far given away less than 1% of the total wealth they've accumulated. Another 116, including Mark Zuckerberg and Phil Knight, have given away less than 5%. Of the richest 400, only 19 have given away more than 10% of their wealth. Bezos’s company Amazon paid 11.8% tax in 2020, and Zuckerberg’s Facebook paid 12.6%. Meanwhile, the average American worker paid double that percentage. This level of inequity is increasingly seen as unsustainable. Something—or someone—has to give.

Airing these facts doesn’t sit well with many of the billionaire clique. Beth Breeze, Director of the Centre for Philanthropy at the University of Kent, argues in her recent book In Defence of Philanthropy that criticizing billionaires is a losing endeavor that risks a backlash of withheld donations. There’s no doubt some billionaires are annoyed. A few have even commented publicly in an attempt to blunt critiques. But while the American media will always print what a billionaire has to say, going on the offensive has paid few dividends so far. A 2019 Washington Post article dismissed billionaires’ complaints with this: “Billionaires have everything, but not yet quite everything. Possibly the one thing they don’t have is victim status. So they want that. And they’re working on it.”

It’s unclear what effect 71% public dissatisfaction has on giving in numerical terms, but feelings of anxiety, denial, loss, and apathy have been shown by research to lead to inaction. The belief that one's country is on the wrong track might spur some to volunteer more and donate more to charity, but they may be offset those who stop caring. This applies to billionaires as well. While there's no doubt any random billionaire has been well served by the country, if that person believes U.S. society cannot be repaired, why would they give more than required to get an occasional fawning news bump? When you learn that the global rich are currently building 1,200 fully equipped super yachts, digitally connected and amenity packed vessels that can remain at sea virtually indefinitely, you have to wonder what some of them really think behind their veneer of social concern.

It may be surprising to learn that the U.S. is not uniquely dissatisfied. An Ipsos poll puts the global average at 65%. That number is pulled significantly upward by global south nations such as Brazil, Argentina, Peru, South Africa, and Colombia, where the percentages range from 79% to 89%, however in Germany, Canada, Netherlands, and other developed countries the percentages are worryingly high. In France, 70%; in Sweden, 66%; Great Britain, 61%; Belgium, 69%; Japan, 72%. Of polled nations only Saudi Arabia’s and India’s citizens were confident their countries were headed the right way. Australia also came out on the positive side, but by a single percentage point. Taken on the whole, a crisis of confidence has gripped not just the U.S., but most of the world.

The five issues people are most worried about are coronavirus, unemployment, poverty/inequality, financial/political corruption, and crime—all issues too big for the global nonprofit sector to more than nudge. But assuming they were somehow solved, there would still be climate change, a distant seventh on the global concern list. Even so, global heating is now guaranteed to reach 1.5 Celsius, with the thermometer likely to reach 2.5 to 2.7 Celsius by 2050 on current trends. That would make an entire slate of knock-along effects unavoidable—including species extinction, mass human migration, natural disasters, wars, and, according to many scientists, more viruses and diseases. Add to all this an unstable boom and bust economic system promising more downturns that drain government funding right when it’s most needed, and we may have entered an age of permanent crisis.

The age of crisis

Nonprofits will always innovate in both services and in revenue generation. GrantStation has reported on funding advances ranging from contactless donation to NFTs. But even with all these new methods budgets remain strained. At the beginning of the pandemic up to one-third of nonprofits looked to be in danger of closing. That was prevented thanks to $50 billion in government PPP loans, increased giving by foundations, reduced services by nonprofits, and short-term sacrifices by nonprofit staff. But there’s a new strain of coronavirus loose in the land. Reduced services could become the norm, and short-term sacrifices could become long-term operating templates.

2022 dawns with an ever deeper understanding that the systems that undergird human society are in need of a rethink. The most recent Intergovernmental Panel on Climate Change (IPCC) report, while mainly focused on global heating, also discusses economic development, and states that, “It is clear that there needs to be a perception that a large majority of us benefit, or there will be no solution.” New ways of measuring prosperity, such as social capital, an inclusive development index (IDI), or the Gini coefficient, need to come to the fore. Old ways of assessing economies, which don’t tabulate the ecological value of natural materials consumed or lost, need to be reworked. The costs of failed incrementalism, the IPCC notes, are much higher than those of action now.

Nonprofits have only so much power. They can advocate. They can raise public awareness. But they cannot change the taxation system, initiate campaign finance reform, dismantle caste systems, or force people to accept history instead of myth. Even so, the most important change may already be happening. Crises can trigger reevaluations of societies and political systems. They can cause people to ask what government is there for, why so many people are in need or dissatisfied, where tax money goes, and why. It’s likely that next year around this time we’ll smile grimly once again and say, “So, that didn’t go great.” But you never know. If enough people shake off denial and apathy, with luck, maybe we’ll instead get to say, “That actually went better than expected.”

This is outstanding, Sid...

This is outstanding, Sid...