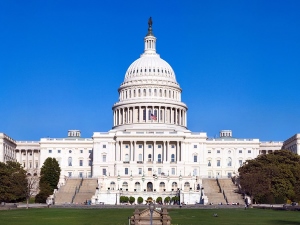 The budget act passed by Congress in February has an interesting inclusion: the Social Impact Partnerships to Pay for Results Act (SIPPRA). According to the University of Utah's Sorenson Impact Center, SIPPRA "creates a $100 million federal fund that can support successful outcomes delivered to vulnerable populations via Pay for Success projects or social impact partnerships. Under SIPPRA, taxpayer dollars would only be spent on social programs that achieved previously determined and desired outcomes. The bill will also support feasibility studies and evaluations for launched projects. Recipients will be selected based on state and local need."

Part of the reasoning for the Act is that without such legislation, state and local governments would not have any incentive to measure and evaluate programs on how efficiently they use funds to meet desired outcomes.

The legislation is an outgrowth of a movement called Pay for Success, which advocates for "an approach to government decision-making that supports policies and funding decisions that focus on outcomes over inputs and outputs," and that works to "incentivize innovation and emphasize prevention."

The idea is to promote efficiency in government spending so that the dollars spent have the greatest impact on the targeted populations.

SIPPRA introduces an interesting structure. The Pay for Success model allows the government to repay investors who have supported programs that meet specific outcomes. So funding for projects does not initially come from the government. As a result, communities may see support for programs that never would have gotten off the ground without the help of investor financing.

The Act requires prospective programs to present strong evidence that they will meet projected outcomes. This places a focus on programs that have been vetted to be effective, resulting in a good return on the dollar. Such an approach may provide some additional difficulty for innovative programs to find funding, since many of these types of programs don't have a wealth of research on their methods to back them up. Also, the rigorous data collection required may prevent some smaller-scale programs from coming to fruition.

While the legislation provides funding for feasibility studies and other research, the majority of funds are allocated for on-the-ground projects, including efforts to target issues such as unemployment, child welfare, preventable health issues, homelessness, high school graduation rates, birth outcomes, and early childhood development.

SIPPRA will be administered by the Department of the Treasury, which will issue a request for proposals from state and local governments within the next year.