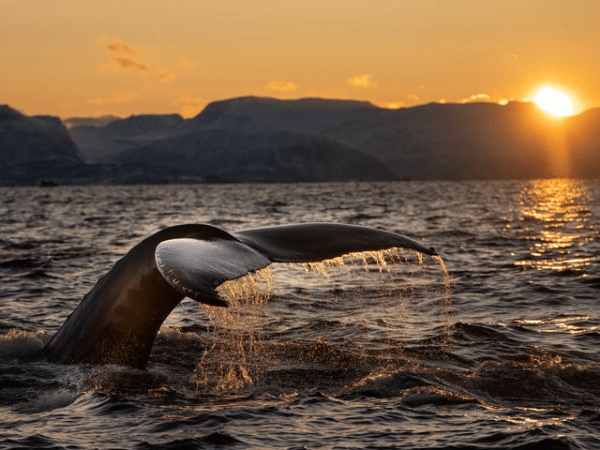 The Oregon Coast is lucky to experience one of the great wonders of the natural world: the biannual whale migration. Gray whales pass through in December and January heading south from their feeding grounds in the Bering and Chukchi seas near Alaska to their breeding grounds near Baja California. They then come back through Oregon heading north in March through June.

As much as I enjoy sitting in the van on a cool day with a hot cup of coffee while watching for whales, our particular spot on the coast has an added summertime bonus when the weather is nicer: a group of resident whales known as the Pacific Coast Feeding Group. When this particular gathering of whales has adequate food, they don't venture as far away as their blubbery cousins.

As I was watching a mother and calf swim in a cove on a recent bright and sunny day, I was struck by the ways that whale watching is similar to the hunt for grants.

We have two particular coves where we've had the most luck looking for whales: the one where we've seen the mother and calf on several occasions, and another one about a mile north that appears to feature a rotating cast of characters. But sometimes, those coves seem to be empty. On those occasions, we need to scan the horizon, hoping to catch a glimpse of a spout of water out of the corner of an eye, telling us where to look.

Similarly, in the grantseeking world, you may get comfortable applying to one specific type of funder, such as family foundations. But if that isn't working out, you need to broaden your search. Consider looking into corporate giving programs, giving circles, associations, government agencies, and other types of funders. Stepping out of your comfort zone may yield some surprising results.

What you see at first isn't the whole story.

A couple weeks ago, I remarked to my partner, "Watching for whales is amazing. A lot of times you won't even see the whale, just this spout of water, but people will lose their minds because they know that the spout's coming from something cool. They get so excited just by the idea of something they can't even see."

The grantseeking process can often give us that same feeling. You find a grant you haven't heard of before and you get that little tingle of excitement. But then it's time to look below the surface. Not every grant is going to be a perfect fit for your organization, just like how sometimes what you thought was a whale spout was just a wave hitting a submerged rock in just the right way.

Carefully reviewing the funder's guidelines and looking at previous grantees will let you know if it's worth researching further or submitting an application. Take a look at your grant options and decide where you want to spend your valuable time.

Sometimes, the whales come within 40 meters of the coastline, and we can get a clear view with our bare eyes. But other times, to see what's really happening, we pull out the binoculars. We have a large pair with more magnification and a smaller pair with clearer optics. So I have to ask myself, do I want to see closer or more clearly? Without any binoculars at all, I wouldn't know that our little calf already has a couple of orange barnacles firmly attached to his nose.

But we also have to know and accept the limits of what tools are available to us. The other day, a gentleman showed up at the cove with a camera lens about the size of my forearm; it probably cost more than my used car. Something like that would be nice to have, but it's not really in the budget right now.

Tools such as GrantStation can help you make your organization's dollars go as far as possible, while providing you with many of the tools you'll need on your grants journey. We can help you cut down on research time with our easily searchable database of funders. And if your organization can't afford a designated proposal writer, we have plenty of resources to help walk you through the process so you can do the work yourself.

One out of three ain't bad.

Our normal whale-watching journey features three stops: a park several miles from the house, and then two coves further south. Sometimes, we draw a blank at some of the sites, but we almost always see a whale somewhere on the itinerary.

Your organization won't get every grant you apply for. But over the years, our State of Grantseeking Report has found, in general, that if you apply for at least three grants, you are likely to get at least one of them. So if your initial attempts aren't a success, keep on trying.

You have to come up for air eventually.

Fact: Whales can hold their breath for a very long time. Gray whales usually take from three to 15 minutes on feeding dives, but can stay underwater for 30 minutes. (Other whales go under for much longer. In 2020, a Cuvier's beaked whale was observed taking a dive that lasted over three hours.)

Grantseeking is tough work. But just like that whale that needs to come up to breathe, you have to know when to take a break. Sometimes, walking away for a while and coming back can give you a new perspective on what to try next. Make a reasonable schedule and try to stick to it. This will help you stay on task while also avoiding burnout. Take a lesson from Ahab; if you get too focused on one thing to the detriment of everything else, you may not like the outcome.

Whale watching may be a bit more relaxing than hunting for grants, but both activities require much of the same mentality. The next whale, or funding opportunity, may show itself at any moment. 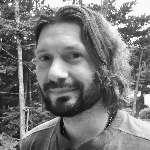